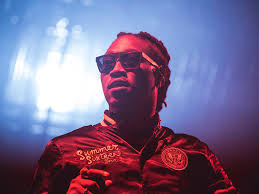 Future did not hold back on Wendy Williams! Future claps back!!!

She summed up sex ed and picked at the family tree. Future got caught up in another episode of baby mama drama, a situation that was aired out by a...
by Katricia Brown November 27, 2018 912 Views

She summed up sex ed and picked at the family tree.

Future got caught up in another episode of baby mama drama, a situation that was aired out by a model named Eliza Reign. According to the woman, who claims to be pregnant with the rapper’s child, Future threatened her life for changing her mind about getting an abortion. 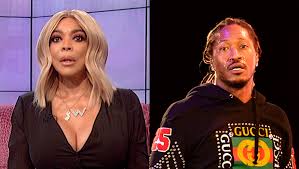 This seemingly messy situation blew the minds of Future fans. Given the magnitude of this scandal within the scenario of an already complex mixed-family, Wendy Williams simply had to address the issue on her daytime television show.Williams was only seconds into her introduction of the matter when she qualified Future’s predicament as the result of “disgusting” pattern. She also played a clip in which she had predicted that Future already had a 6th baby mother. Later, she calls his response to Eliza Reign’s allegations as “embarrassing.”Future was quick to shoot back at Wendy by making fun of her looks and propping himself as untouchable due to his affluence.
He uploaded his response to social media: “I can’t argue with a woman that’s feet is bigger than mine.” This comes after a post he shared earlier this year whose caption thanked God for his financial wealth being greater than Wendy’s.

Commenters mostly took Wendy’s side. Future’s apologists pointed to the source of his reaction being led embarrassment or his ego.

Court date set for Tekashi 6ix9ine…Was there a snitch in the group recording all activities ???

Video: Running back suspended without pay after brawl during the game