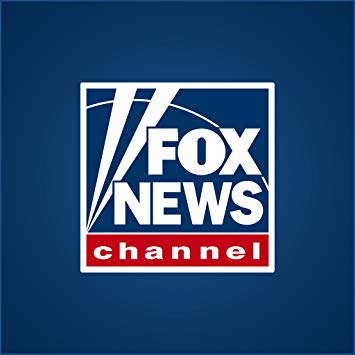 Well as the White House cracks down on illegal immigration, the largest Lutheran denomination in America is fighting back. The Evangelical Lutheran Church in America voting to become...
by Raquel Jayson August 11, 2019 324 Views

Well as the White House cracks down on illegal immigration, the largest Lutheran denomination in America is fighting back. The Evangelical Lutheran Church in America voting to become the nation’s first, get this, sanctuary church body, pledging to shelter illegals and fight deportation cases. So is this crossing the line?

We hear about sanctuary cities, sanctuary states. The idea of a sanctuary church on this issue?

JONATHAN MORRIS (FOX NEWS CONTRIBUTOR): I can hear it in your voice that you’re so excited about the idea, Pete.

MORRIS: You know, we do want our churches to be places of absolute compassion, and in my opinion we don’t want them to be checking people’s passports as they come in for emergency aid, or need of some sort. That said, we don’t want to create a place in which the rule of law is not respected. That’s not good for the nation, it’s not even good for the immigrant who is looking for help to suggest to them that somehow, there’s one place where you have to follow the law and another place that you don’t.

HEGSETH: That’s a fair point. Pastor Jeffress, before I get to you, let me read this statement from the Evangelical Lutheran Church in America. They say, “The ELCA is publicly declaring that walking alongside immigrants and refugees is a matter of faith. Being a sanctuary denomination may mean providing space for people to live, providing financial and legal support to those who are working through the immigration system.” But pastor, answer that question that Jonathan just raised. I mean we’re not talking about souls here. I mean we want to reach every soul. We’re talking about the rule of law.

ROBERT JEFFRESS (FOX NEWS CONTRIBUTOR): Well that’s right and look, churches ought to minister to everyone regardless of their immigration status, but there’s a difference between ministering the people and assisting people in breaking the law. The church has no business in doing that. And look, the Bible is very clear about this. In Romans 13, Paul says, “Government is established by God. To resist government is to resist God himself,” and the only exception to that is when government asks us to do something that violates the teaching of the Bible, and look, there is nothing about enforcing immigration laws, securing our borders, protecting our citizens, that violates the word of God. That’s the purpose of government, according to the Bible, and if Christians don’t like immigration laws, they are free to try to change those laws, but they are not free to break those laws.

HEGSETH: Pastor, very briefly, as an evangelical yourself, the ELCA, isn’t it, am I correct, that it’s a [famous] sort of liberal and shrinking denomination?

JEFFRESS: That’s absolutely right, and this is a mainline denomination that is shrinking in numbers, and look, again, we have to go to the word of God to get our guidance as Christians as to what we do and the Bible is clear about this. This denomination is absolutely wrong and encouraging people to break the law.

HEGSETH: Dr. Ahmed, how would Islam look at this? How would a mosque treat this particular situation as far as the rule of law?

QANTA AHMED (USC SHOAH FOUNDATION): Well Islam certainly asks all believers to support the authorities that govern them, and to undermine them is undermining the fabric of society. So I’m actually in line with everything that’s been said, and just to go back to Pastor Jefferies’ remark, let’s not underestimate this. This church that’s doing this is 9,000 congregations, 3.5 million people. As a physician, this could be a public health risk, because illegal immigrants are not vaccinated. I do not support the undermining of American immigration policy. We as a nation have one of the most generous immigration policies in the world.

AHMED: A million people migrate here legally every year, and that has continued for decades, so it’s a lightning rod provocation. If they want to provide — we are in a nation that is a sanctuary for religious freedom. This entire nation guarantees everybody’s sanctuary, but there are roots and paths. And if the church cared about the beleaguered, please remember the Christians in Iraq who are still worshiping in demolished churches that I’ve just visited. Let’s be thinking about that part of our Christian family and leave the management of immigration to the authorities.

MORRIS: I a hundred percent agree with what Dr. Ahmed just mentioned regarding taking care of Christians in Iraq and we need to — we cannot forget that. I don’t think though we want our churches, as I mentioned at the beginning, to be part of enforcement of an immigration law. The church should be a place where people are taken care of, with — as Dr. Jefferies also mentioned, without any distinction whatsoever, of their immigration status, but not without creating this second state over here, this sanctuary where we disrespect the law.

HEGSETH: It almost feels like if you’re providing sanctuary, then you’re emphasizing your immigration status and proactively attempting to shield someone from the law.

JEFFRESS: Pete, there’s something that has to be brought out here. There is no such thing as a sanctuary church that is off limits to ICE officials. ICE officials can come anywhere into any church and arrest people. The whole idea is imaginary. The only reason ICE doesn’t do that is because they choose right now not to do it, but they’re certainly free to do that.

AHMED: And Pete, to support Pastor Jefferies, that’s true of mosques and synagogues. We do not want to put immigration officials into this precarious, very sensitive place, where they’re going to have to go in and have these confrontations in order to safeguard the whole nation.

Man raped 8-year-old girl after hitting her in head with shovel, fracturing her skull: police

Doors of church in west Michigan spray-painted with Satanic graffiti