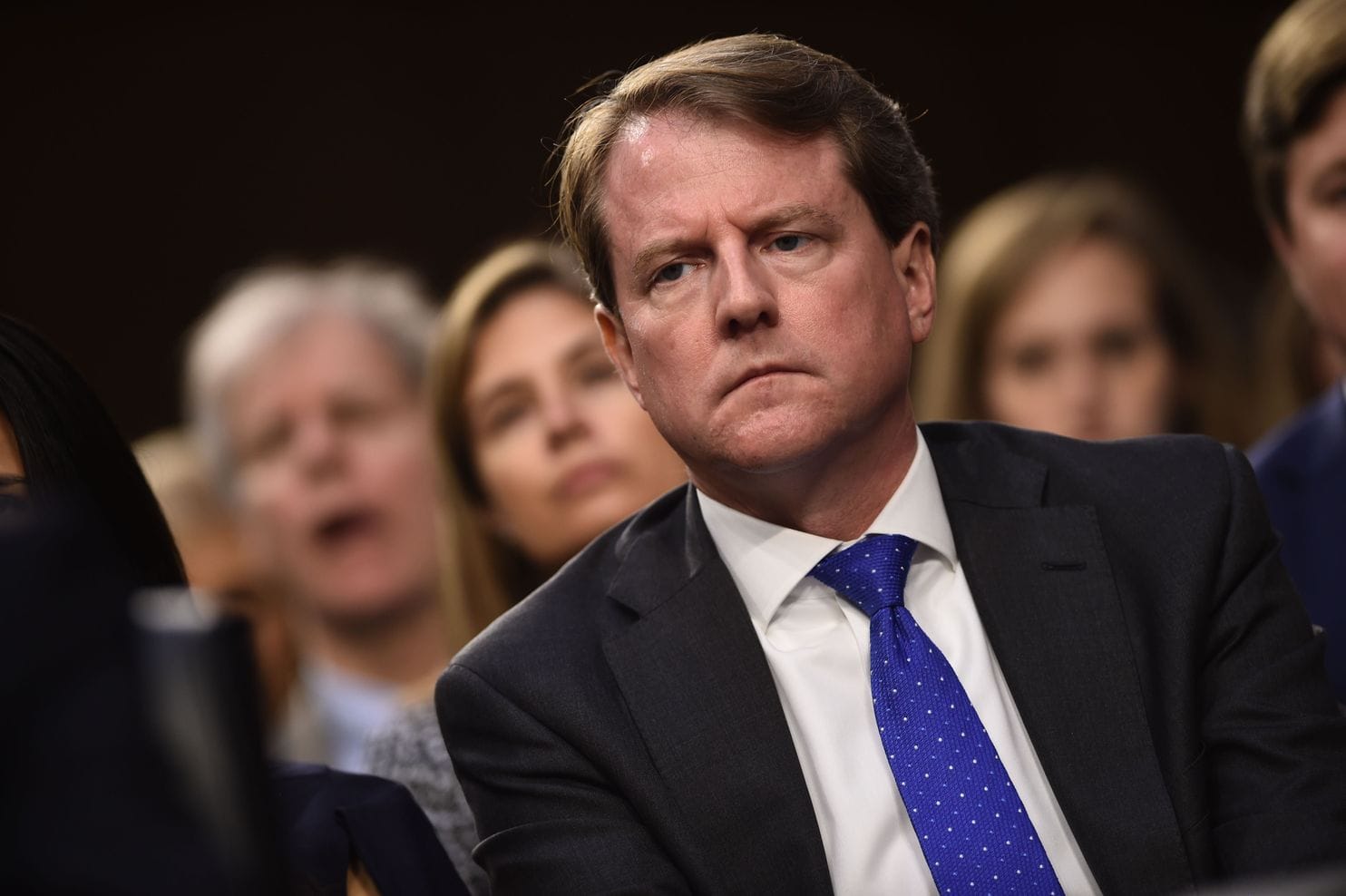 WASHINGTON – President Donald Trump sought to have former White House counsel Donald McGahn issue a public statement last month that he did not believe the president had engaged...
by Joy Smith May 11, 2019 310 Views

WASHINGTON – President Donald Trump sought to have former White House counsel Donald McGahn issue a public statement last month that he did not believe the president had engaged in criminal conduct when he sought to exert control over the Russia investigation – a request McGahn declined, according to people familiar with the episode.

McGahn had told the special counsel’s office that he did not think Trump’s actions rose to the level of obstruction of justice, two people familiar with his interviews said.

But Mueller’s report concluded that there was substantial evidence the president had engaged in obstruction of justice when he pushed McGahn to help oust special counsel Robert Mueller III. McGahn’s view was not disclosed in the report.

As Trump’s attorneys prepared for the public release of Mueller’s report last month, the White House sought for McGahn to issue a statement making public what he told Mueller’s team, according to people familiar with the discussions.

Emmet Flood, a White House lawyer handling the response to the Mueller investigation, contacted McGahn lawyer William Burck on Trump’s behalf, asking him to consider a statement when the report was released, they said.

But Burck declined on McGahn’s behalf, the people said, because Attorney General William Barr had already concluded there was insufficient evidence to accuse the president of criminal obstruction. Burck also concluded that there was no reason for McGahn as a witness to weigh in.

In a statement Friday night, Burck declined to elaborate on his discussions with Flood but said the request from the White House was not improper.

“We did not perceive it as any kind of threat or something sinister,” Burck said. “It was a request, professionally and cordially made.”

The Wall Street Journal first reported on the request to McGahn.

McGahn’s refusal to make a public statement appeared to annoy the president and some of his aides, who believed McGahn was being unnecessarily uncooperative, the people said.

After the report’s release, Trump attacked McGahn on Twitter, and Trump’s attorney Rudy Giuliani began raising questions about McGahn’s credibility and version of events. He told The Washington Post that McGahn should have left the White House if he thought Trump had engaged in a crime.

In an interview with Jake Tapper on CNN, Giuliani said McGahn was “wrong” about what Trump asked him and “hopelessly confused.”

Amid Giuliani’s public assault on McGahn, Burck contacted the White House to complain that such claims were unwise, according to a person familiar with the discussion.

The public fight was playing out at the same time that the House Judiciary Committee was subpoenaing McGahn for his records and testimony and threatening to hold him in contempt if he did not comply.

Mueller did not accuse Trump of a crime in his final report, saying he could not charge a sitting president and chose instead to lay out the evidence he had gathered. In several cases, the special counsel wrote, there was substantial evidence that the president sought to obstruct the probe, including in his interactions with McGahn.

In June 2017, McGahn told investigators, Trump called him twice at home, pressuring him to call Deputy Attorney General Rod Rosenstein and urge him to remove Mueller because of conflicts of interest. McGahn prepared to resign at one point rather than carry out Trump’s instructions.

In February 2018, Trump pressured McGahn to deny a news report that the president had pressured him to help oust Mueller. Trump said he never said the word “fire,” which McGahn agreed was true, but McGahn said he strongly believed the president’s intentions and actions indicated he wanted Mueller removed.

This Church Refuses To Remove Their Pastor Though He Is Listed On The Public Sex Offender Registry.