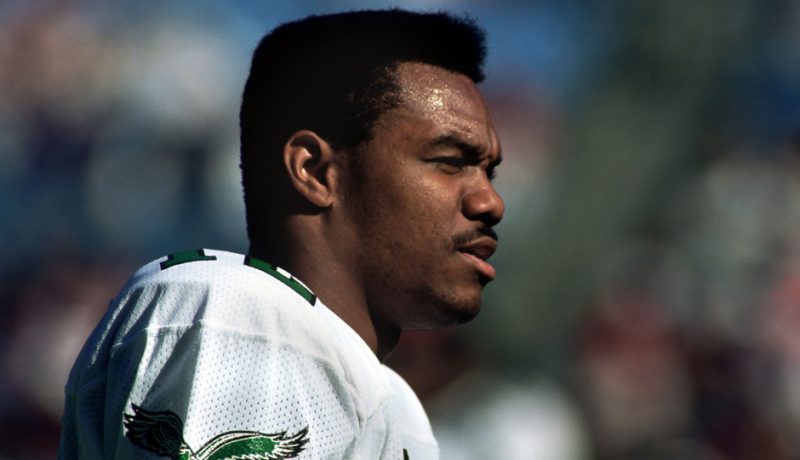 His wife, Felicity, turned on the news and the two saw what was happening at Mandalay Bay Resort, a five-minute drive from their house.

“We just started praying, and soon people were calling us from all over the country wanting to known whether everything is OK,” Cunningham said in a phone interview Monday night.

Cunningham, who played for the Vikings from 1997-99, is now pastor at Remnant Ministries, a nondenominational church a half mile from the Las Vegas Strip.

At least 59 are confirmed dead and hundreds injured in the wake of a mass shooting from the 32nd floor of the Mandalay Bay hotel. Shooter Stephen Paddock was found dead in his room after firing into a crowd at a outdoor country music concert.

Cunningham said his church has more than 1,500 members in Las Vegas, and about 5,000 more around the world who watch services online. He said he didn’t know if any church members had been killed or injured in the attack, and said there are more than a hundred members helping the survivors and their families.

“We’re doing whatever we can,” he said. “People are bringing food for dinners, blankets, giving blood, whatever it might be. If people want to donate to Remnant Ministries, we would take any funds that can help.”

Cunningham has received many calls from former NFL teammates checking on the situation, including former Vikings receiver Jake Reed. Most calls have been from church members, and the church also has been reaching out to members.

“We are praying for those victims and the families of those who are a part of this tragedy,” Cunningham said. “As pastor, I’m available for whatever we need to do. … The lives of the people that have been affected is the most important thing.”

Cunningham, 54, first came to Las Vegas to play quarterback at UNLV from 1981-84. He played for four teams in a 16-year NFL career, but his best season was in Minnesota. In 1998, he led the Vikings to a 15-1 record and NFC championship game while throwing for a career-high 34 touchdowns.

He became a Protestant ordained minister in Las Vegas in 2005.

“The value of what I do now far outweighs everything I’ve done in life,” he said. “When you accept God as your God, you become a source of enlightenment and you become a light, and you allow the light to shine and then people begin to walk into that light.

“My life as a minister is different. It’s not highlighted by a lot of joy and excitement for touchdowns; it’s highlighted by souls that are won and saved and people who are receiving miracles.’’

Bradley Randle, a running back who was on Minnesota’s practice squad in 2013, attended Cunningham’s services when he played at UNLV from 2009-12.

“He’s definitely always helping the community,” Randle said. “If there’s any type of situation where people are in need, he’s always going to be around. That’s the type of person he is.”

Cunningham said Remnant Ministries also has been active recently helping those in need from hurricanes Harvey, Irma and Maria and the earthquake in Mexico. Now, tragedy has come to his city.

“It’s in tumultuous times like this that a church can unify,” Cunningham said. “If we can reach those who are lost or hurting, or the widow or the orphan or the depressed or a person who is suicidal, that’s what this mission is about.”

Christian Louboutin speaks candidly about the rap game and his luxurious influence!