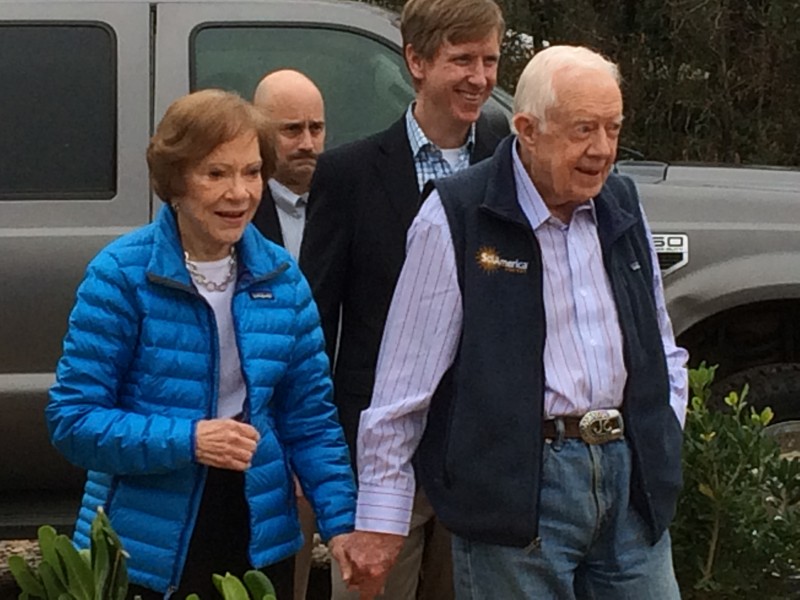 ATLANTA (AP) – Former first lady Rosalynn Carter is recovering from surgery at Emory University Hospital. Carter, 90, had surgery on Sunday to remove scar tissue from a portion of...
by Zach Freeman February 19, 2018 1557 Views

Carter, 90, had surgery on Sunday to remove scar tissue from a portion of her small intestine, The Carter Center said in a statement. The surgery was successful. The scar tissue, the statement said, developed after a cyst was removed many years ago.

Carter is expected to remain hospitalized for several days, where she will rest and recover, the statement said.

The former first lady married President Jimmy Carter on July 7, 1946, in Plains, Georgia, and emerged as a driving force for mental health during his presidential administration.

She became honorary chair of the President’s Commission on Mental Health, which resulted in passage of the Mental Health Systems Act of 1980, and has worked on mental health, human rights and other issues through her work at The Carter Center, the private, nonprofit institution the Carters founded in 1982.