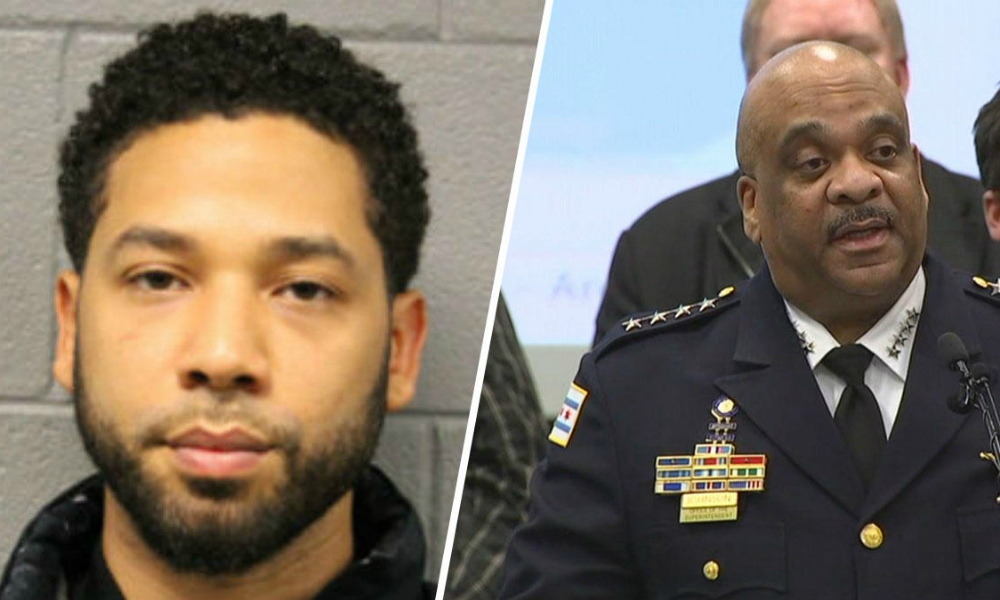 Former Chicago Police Superintendent Garry McCarthy discusses the department’s current superintendent Eddie Johnson being called out by President Trump about crime in the city of Chicago.

Former Chicago Police Superintendent Eddie Johnson will receive his pension after Chicago Mayor Lori Lightfoot him Monday, a month before he was set to retire.

He would only lose his pension if he were convicted on felony charges, which is unlikely, according to a legal analyst.

Lightfoot said she fired Johnson for lying about an incident during which he was caught sleeping in his police SUV after drinking with friends on Oct. 17. An Inspector General investigation into Johson’s conduct remains ongoing.

Chicago Mayor Lori Lightfoot has fired Police Superintendent Eddie Johnson, saying ‘Johnson engaged in a series of actions that are intolerable for any leader in a position of trust’ https://reut.rs/2DFZ7XA 1229:50 PM – Dec 2, 2019Twitter Ads info and privacy74 people are talking about thisSponsored by ASAP RestorationSponsored Video

“Today, I am announcing that I have terminated Eddie Johnson’s employment with the City of Chicago, effective immediately,” Lightfoot said during a Monday press conference. “Upon a thorough review of the materials of the Inspector General’s ongoing investigation, it has become clear that Mr. Johnson engaged in a series of ethical lapses that are intolerable.”

She added that Johnson “was intentionally dishonest” and “communicated a narrative replete with false statements regarding material aspects of” the Oct. 17 incident. Johnson had initially blamed his fatigue on his medication, but it was later revealed that he had been out drinking with a woman who was not his wife.

ABC7 Chicago Legal Analyst Gil Soffer told ABC7 the city of Chicago could revoke Johnson’s pension, but only if he is convicted on felony charges, which would involve “a lot of hurdles.”

Re: Eddie Johnson firing
A lot of questions on his pension. He WILL keep his pension. But not as Superintendent – didn’t meet time requirement. Will get pension for previous highest position in dept.27:05 PM – Dec 2, 2019Twitter Ads info and privacySee Lexi Sutter’s other Tweets

“The city can pull it from him, but only if they find that he was convicted of a felony and if the felony arose from or was connected to his service as an employee. So there’s a lot of hurdles that have to be cleared before the city would have a right to revoke his pension,” Soffer said.

He added that Johnson’s pension will decrease slightly, but only because he will not complete a full four years of being superintendent.

Lightfoot said that had she known the truth about Johnson’s misconduct earlier, she would not have waited to fire him. She did not go into more detail about what details Johnson intentionally lied about.

“Perhaps worst of all, Mr. Johnson has misled the people of Chicago. The 13,400 sworn and civilian members of the Chicago Police Department who work hard every day deserve a leader who they can believe in. In public life, we must be accountable for our actions and strive to do better every day,” she concluded.

She Tied Her 3 Year Old Son Up, Set The House On Fire Then Tied Herself Up Over Custody Battle: Allegedly