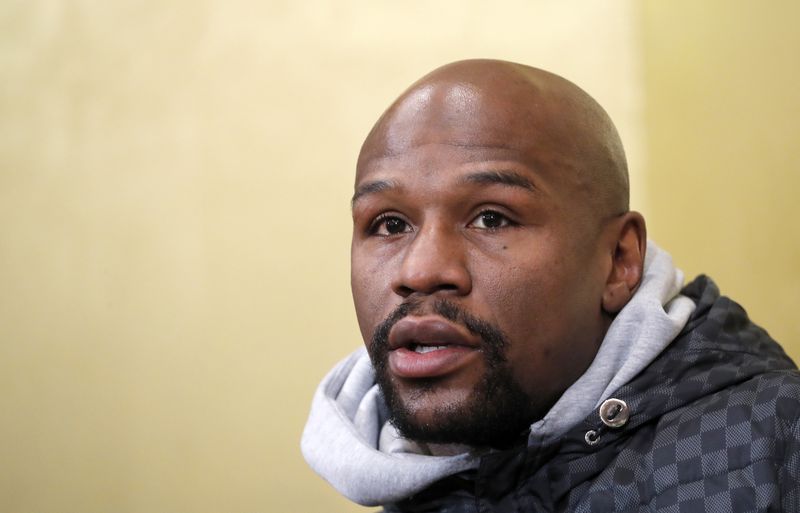 Floyd Mayweather’s teen daughter has been arrested after allegedly stabbing a woman in an altercation over rapper NBA YoungBoy. Around 1:30 a.m. Saturday, 19-year-old Iyanna Mayweather was arrested in...
by Raquel Jayson April 4, 2020 227 Views

Floyd Mayweather’s teen daughter has been arrested after allegedly stabbing a woman in an altercation over rapper NBA YoungBoy.

While in the kitchen at the home of NBA YoungBoy, born Kentrell DeSean Gaulden, where he was with Jacobs, Mayweather stabbed the woman with one knife first, and then with another, authorities told TMZ.

The rapper was home at the time of the altercation, which took place after Mayweather arrived at the home claiming to be YoungBoy’s fiancée, and telling Jacobs to leave. The latter then told the boxer’s daughter to leave.

Mayweather, who claimed she hadn’t met Jacobs prior to the incident, allegedly told officers that Jacobs began the confrontation by grabbing her hair outside the house before running to the kitchen.

Jacobs’ condition is unknown but she was transported to the hospital after paramedics arrived and found her lying on the floor.RELATED GALLERY

Last month, 40-year-old Josie Harris, an ex-girlfriend of Floyd Mayweather’s and the mother of three of his children, was found dead at her home in Valencia, Calif. — about 40 miles northwest of Los Angeles.

Trump jokes about hooking up with models during coronavirus briefing