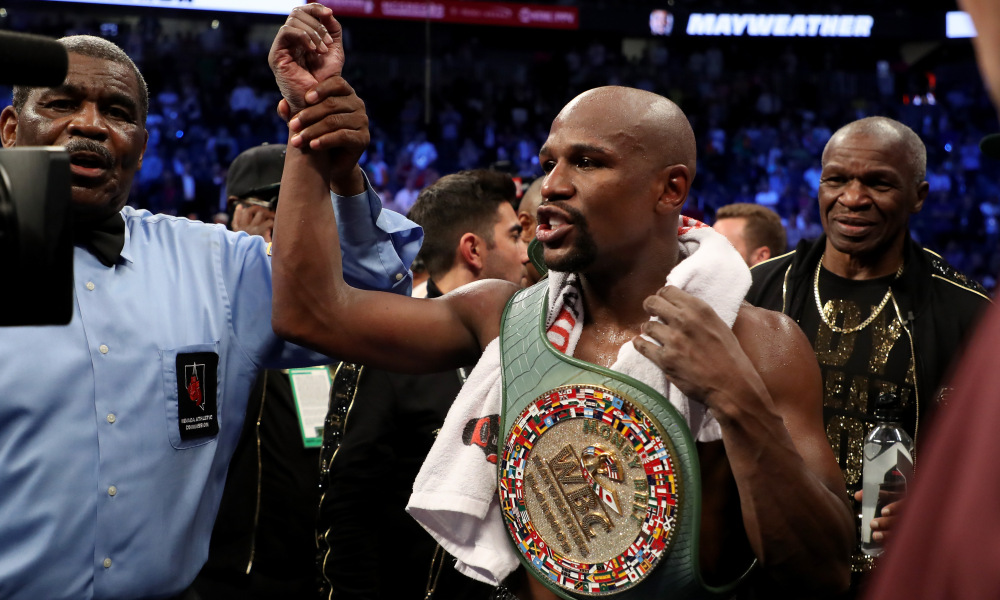 Floyd Mayweather is returning to the fight game, but in a move nobody could have seen coming. The legendary boxer will square off with 20-year-old Tenshin Nasukawa, a 27-0...
by Joy Smith November 5, 2018 386 Views

Floyd Mayweather is returning to the fight game, but in a move nobody could have seen coming.

The legendary boxer will square off with 20-year-old Tenshin Nasukawa, a 27-0 kickboxing sensation, on New Year’s Eve at a RIZIN event in Japan. Rizin is a MMA fight federation based out of Japan.

The rules of the fight are still being worked on, according to ESPN’s Ariel Helwani.

Regarding the rules and weight, Rizin chairman Nobuyuki Sakakibara said “we still have some more work ahead of us.” Everyone I’ve talked to said they’d be shocked if it’s MMA.

Mayweather says the “weight class and rules” will “get situated” in the next couple of weeks.

Mayweather calls this fight a “special bout” and that he’s not really worried about weight class.

Will Tenshin fight Floyd in boxing only? “I’m not particular. With or without kicks, I wouldn’t mind.”

Will Floyd fight kickboxing? “I just want to entertain. I will speak with my team and let my team get with Rizin. I’m sure they’ll come up with a great idea.”

There has been some talk the past few weeks about Mayweather possibly taking on UFC lightweight champ Khabib Nurmagomedov. UFC boss Dana White said last week that a fight between the two would have to be in the UFC, which is something Mayweather would probably never agree to.

Which makes this fight even more surprising.

Here’s some highlights of Nasukawa in action:

This is all still developing and it will be interesting to see how the rules for this fight come together.

But yeah, wow. Who saw this coming?