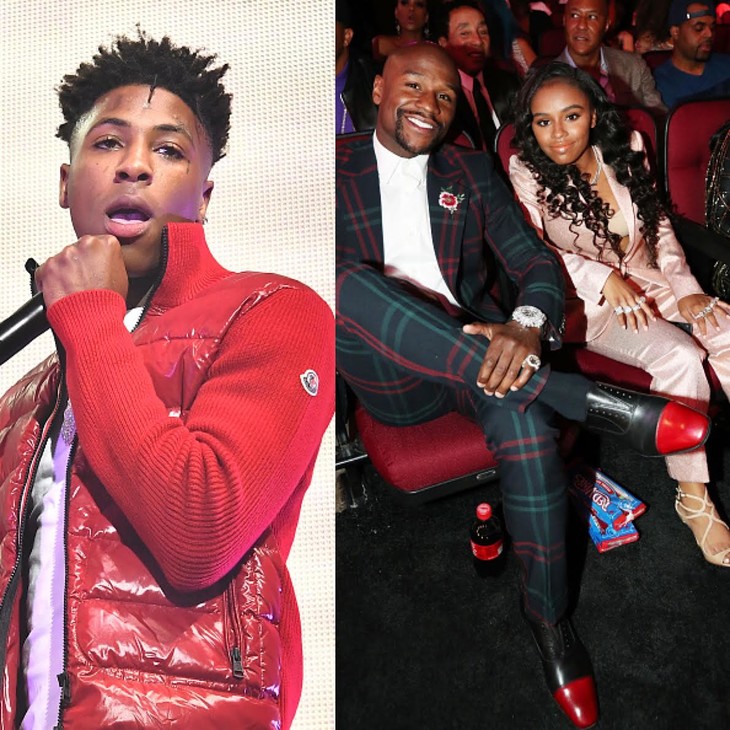 NBA YoungBoy a.k.a. YoungBoy Never Broke Again might be a father again soon. His former girlfriend Iyanna Mayweather a.k.a. Yaya Mayweather recently hinted at being pregnant and the 19-year-old rapper is...
by Joy Smith June 17, 2019 7608 Views

NBA YoungBoy a.k.a. YoungBoy Never Broke Again might be a father again soon. His former girlfriend Iyanna Mayweather a.k.a. Yaya Mayweather recently hinted at being pregnant and the 19-year-old rapper is believed to the father of the unborn baby.

Yaya, who is daughter of Floyd Mayweather, Jr., sparked the pregnancy rumors after she posted a video on Instagram Stories showing her standing in front of the mirror while wearing a white T-shirt and grey shorts. In the clip captioned “Bored,” Yaya turned to the side, showing what looked like a growing baby bump.

She later deleted the post, but The Shade Room has reuploaded it on its Instagram page. Many then jumped into the comment section to speculate about the baby daddy. “Young boy better not be the baby daddy,” one wrote. Another weighed in, “Hope she’s not pregnant for young boy she gon have HERPES AND A BABY.”

Some others raised concern with the possibility of Yaya getting pregnant at such a young age. “He is 19 with 7 kids 5 diff girls… smh she just turned 19,” one commented. Another wondered, “I don’t know why these babies wanna have babies so fast! Live your life!”

YoungBoy and Yara dated for several months before they broke up in April. The Baton Rouge rapper has since moved on with another woman, Kay Marie, who was with him during the shooting in Miami last May.

Kay was injured in the incident and Floyd Mayweather was reportedly thankful that his daughter was not with YoungBoy at the time. “Floyd feels like any parents would feel in an unfortunate situation like that, he sympathized with the young lady that was shot, but he is also happy that it was not his daughter,” sources said.

YoungBoy and Yara are still mum on the pregnancy rumors. It remains to be seen how Floyd would react to his daughter’s supposed pregnancy. YoungBoy is already a father to four sons with three different women.

Together or Not: Fans have noticed Porsha Williams’ Dry Message to ‘Dennis’ on His First Father’s Day!