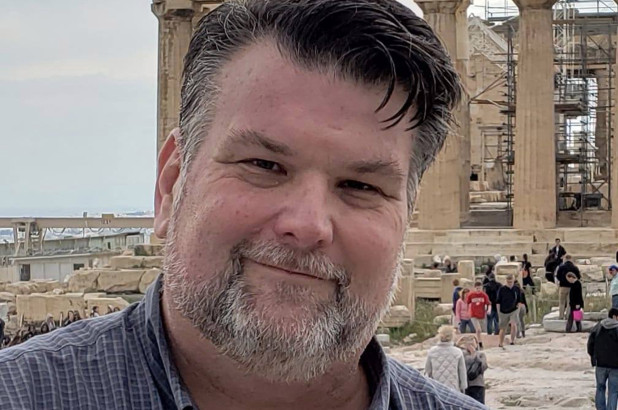 Bryan FulwiderFacebook A Florida pastor and Christian radio host killed himself after being charged with repeatedly raping a teenage girl, according to reports. The Rev. Bryan Fulwider faced up...
by Zach Freeman November 4, 2019 233 Views

A Florida pastor and Christian radio host killed himself after being charged with repeatedly raping a teenage girl, according to reports.

The Rev. Bryan Fulwider faced up to life behind bars after being accused of raping the girl more than 100 times starting in 2005 when she was just 14, according to the Orlando Sentinel, citing arrest documents.

Prosecutors called the case “extremely strong” as Fulwider had been caught in an almost hour-long recorded call admitting to a “sexual relationship” with the girl, who had been a member of his congregation at the First Congregational Church in Winter Park, the report said.

Fulwider, who had been out on bail since Oct. 17, was found dead in his home Sunday night. The Medical Examiner’s Office for Seminole County ruled the death a suicide, the Sentinel reported, citing records. No other details were given.

Fulwider was widely known for his work as one of the so-called “Three Wise Guys” on Good Religion Radio’s “Friends Talking Faith” show.

“We are shocked at the death by suicide of Bryan Fulwider. Our sympathies are with his family in their time of anguish,” the show said on its Facebook page. “We stand in solidarity with the victim or victims in this case that will now not have their day in court and receive the justice due to them.”  TOP ARTICLES1/5READ MORENew blood test can detect breast cancer 5 yearsbefore lumps appear

His accuser told the Sentinel that her “story doesn’t stop with his cowardice” and suggested there may have been other victims, too.

“Fulwider’s day in court will never come because he knew all the truths I could tell,” the woman told the paper on the condition of anonymity.

Fulwider’s lawyer, Jacob V. Stuart Jr., stressed that his client had always “vehemently” denied “each and every allegation.”

“Reverend Fulwider’s rights were denied,” he complained of the way the case was handled with “salacious sensationalism.”

The First Congregational Church is still “trying to absorb the impact of all the events” of its former pastor, its current senior minister, the Rev. Shawn Garvey, told the paper.

“For now, all we can do is pray for Bryan’s family and the victim [to] at some point, find a path to healing,” Garvey wrote in a statement.

Appeals court rules against Trump on his tax returns

Jada Pinkett Smith Apologizes to Willow on Red Table Talk: ‘Her Tears Were So Offensive to Me’