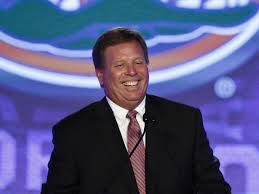 Florida has suspended more players prior to game with Michigan

That brings the total number of players suspended for the Gators opener against Michigan to 10. 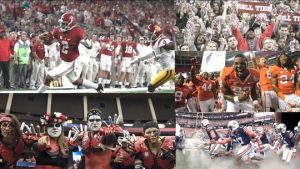 Earlier this month, seven players, including leading receiver Antonio Callaway, were suspended after reportedly purchasing items at the campus bookstore with their student identification cards, which didn’t have sufficient funds for the transactions, and later selling the items for cash. Scarlett and Wells were part of that group, the Associated Press reports.

Head Coach Jim McElwain has announced that Jordan Scarlett and Rick Wells are suspended from all team activities.

The AP report said that none of the nine players involved in the fraud will travel to Texas. They won’t be allowed to rejoin the team until making financial restitution.

Last week, linebacker Ventrell Miller and receiver James Robinson were charged with misdemeanor possession of marijuana. Robinson was suspended then, but Miller was part of the seven already suspended.

“We have a small group of players that have made some choices that are extremely disappointing,” McElwain in a statement when the first group was suspended. “Action has been taken — they have missed some practice and will miss the Michigan game.”

Here’s How Much O.J. Simpson Stands To Make In Retirement!!!