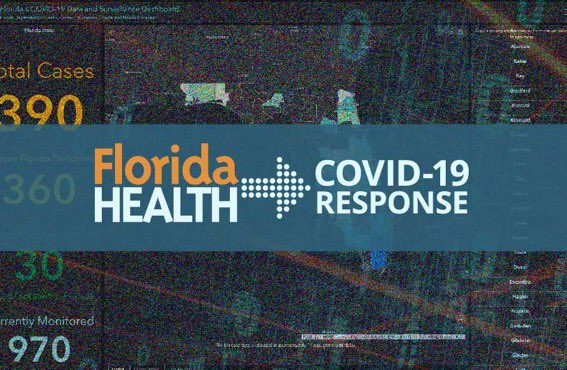 Florida recorded more than 17,000 coronavirus cases Thursday, capping off a year that brought more than a million cases of the virus to Florida and left hundreds of thousands dead nationwide. It is the largest single-day increase in COVID-19 cases Florida has seen.

The Florida Department of Health announced 17,192 cases Thursday, bringing the total to 1,323,315 since the first publicly announced infection in March. The weekly case average increased to about 12,702 cases announced per day.

Over the summer, Florida shattered national records when it recorded more than 15,000 cases in one day. Since then, only California and Texas have reported higher single-day increases.

On Wednesday about 166,000 tests were processed, resulting in a daily positivity rate of 11.57 percent, according to state data which is updated and reported every 24 hours.

“The number we’re getting now is probably an underestimate of the disease,” said Dr. Marissa Levine, a professor of public health and family medicine at the University of South Florida.

Levine said some cases may never be counted by state officials because testing is just not widespread enough. She said she anticipates increases in coronavirus-related hospitalizations and deaths next. With Florida’s lax restrictions, Levine said “it’s just a matter of time” until a variant strain of the coronavirus is identified here, as it was earlier this week in California and Colorado.

Jason Salemi, a professor of epidemiology at USF who updates his own data dashboard, warned people not to be too concerned by what happens in a single day compared to a trend, but said the trends itself were concerning, with numbers increasing since Thanksgiving. Of particular concern, he said, is the pronounced increase in cases of those over 65 years old.

“When community spread is as high as it’s been, it makes it very difficult to protect the vulnerable,” he said. “The best way is to prevent community spread. …After the summer surge, that’s when we saw people participate in mitigatory behavior and that’s when the numbers went down.”