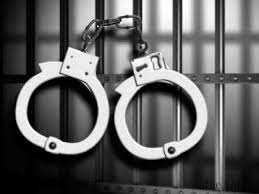 Police fatally shot five people wearing fake explosive belts who staged a car attack at a seaside resort in Spain’s Catalonia region on Friday, just hours after a van plowed into pedestrians on a busy Barcelona promenade. The attack in Barcelona left 14 dead and more than 100 wounded.

U.S. law enforcement officials tell CBS News there is intelligence that indicates the Barcelona attack was more than just an ISIS-inspired attack.

“As you look at the chronology, this was a fairly large cell, had to have been in place for a while — pretty good planning,” Townsend said on “CBS This Morning.” “You had the house that blew up when they failed to put together these gas canisters — probably for a car bomb. Then you had the tragic sort of seven-block rage of this car killing 14. You also had in Cambrils last night another car attack.”

Authorities said the back-to-back vehicle attacks — as well as an explosion earlier this week elsewhere in Catalonia — were connected and the work of a large terrorist group. Three people were arrested, but the driver of the van used in the Barcelona attack remained at large and the manhunt intensified for the perpetrators of the latest European rampage claimed by the Islamic State of Iraq and Syria (ISIS).

Catalan police later announced that they arrested a fourth suspect, but it was unclear if the driver was in custody.

Amid heavy security, Barcelona tried to move forward Friday, with its iconic Las Ramblas promenade quietly reopening to the public and King Felipe VI and Prime Minister Mariano Rajoy joining thousands of residents and visitors in observing a minute of silence in the city’s main square.

Native New Yorker Alex Luque was at the scene when the van plowed into pedestrians.

“Within seconds, it was panic,” Luque recalled. “Upon impact, you just start seeing bodies and you start seeing people sprinting. You could tell that was the definition of fear.”

Authorities were still reeling from Thursday’s Barcelona attack when police in the popular seaside town of Cambrils, about 130 kilometers and nearly 80 miles, to the south, fatally shot five people near the town’s boardwalk who had plowed into a group of tourists and locals with their blue Audi 3. Catalonia’s interior minister, Joaquim Forn, told Onda Cero radio they were wearing fake bomb belts.

One woman died Friday from her injuries, Catalan police said on Twitter. Five others were injured.

Cambrils Mayor Cami Mendoza said the town had taken precautions after the Barcelona attack, but that the suspects had centered their assault on the narrow path to the boardwalk, which is usually packed with locals and tourists late into the evening.

“We were on a terrace, like many others,” said bystander Jose Antonio Saez. “We heard the crash and intense gun shots, then the dead bodies on the floor, shot by the police. They had what looked like explosive belts on.”

The Audi and a damaged police car were towed from the scene Friday.

The Cambrils attack came hours after a white van veered onto Barcelona’s picturesque Las Ramblas promenade and mowed down pedestrians, zig-zagging down the strip packed with locals and tourists from around the world.

Forn, told local radio RAC1 the Cambrils attack “follows the same trail. There is a connection.”

Journalist conducting an interview with KKK leader was threatened violently….He called her a n***a