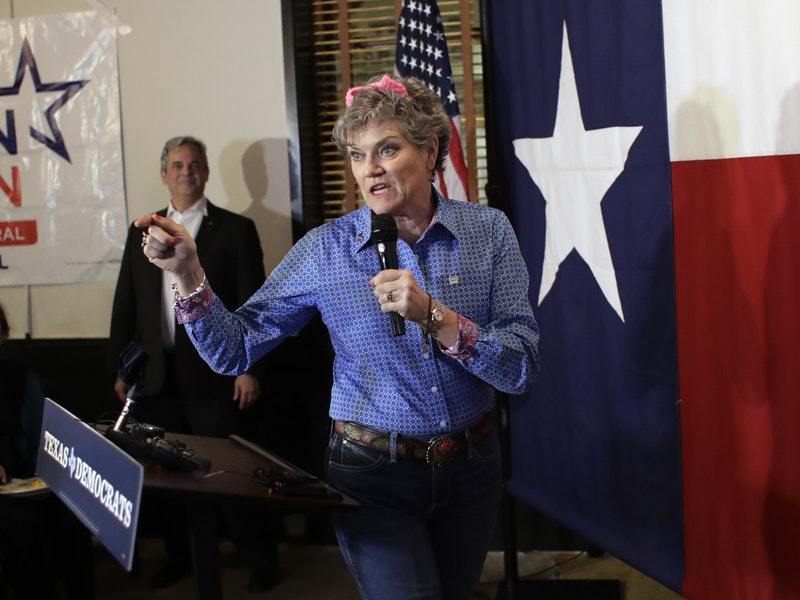 ATLANTA (AP) – Predictions of a historic wave of female candidates on the ballot in November received an early boost after the nation’s first primary this week in Texas, with...
by Zach Freeman March 7, 2018 404 Views

ATLANTA (AP) – Predictions of a historic wave of female candidates on the ballot in November received an early boost after the nation’s first primary this week in Texas, with a record number of women advancing in congressional and state legislative races.

Most of those candidates are Democrats, a national trend fueled largely by frustration over the election of President Donald Trump and actions by his administration and Republicans in Congress on issues such as health care and immigration.

What this will mean in states like Texas, where Republicans dominate at all levels of government, remains to be seen. But for now, the candidates are seeking to make history and improve on lagging numbers of women in public office.

“These women have the wind at their back right now,” said Debbie Walsh, director of the Center for American Women and Politics at Rutgers University. “Who knows what will happen.”

Although women represent more than half the American population, they account for just a fifth of all U.S. representatives and senators, and one in four state lawmakers. Of Texas’s 36 congressional districts, just three are represented by women.

“A big part of the problem is that we haven’t had enough women running,” Walsh said. “This year is clearly a change on that front.”

In Texas, 50 women were on Tuesday’s primary ballot running for the U.S. House. By comparison, 33 women ran in Texas’ 2012 primaries for U.S. House, when there were also eight open seats, according to the center. That was thought to be the highest number of female candidates in U.S. House primaries in Texas before this year.

By early Wednesday, 14 women had advanced outright to the Nov. 6 general election. That number will grow to at least 17 after the congressional runoff elections in late May, and to as many as 26 depending on the outcomes of those races. Three of the runoffs feature two women battling for the Democratic nomination.

Women could play a crucial role in the Democratic strategy to retake control of the U.S. House. Nationally, Democrats see opportunities in the 23 congressional districts held by Republicans that were won by Hillary Clinton in the 2016 presidential election. Three of those are in Texas, and at least one woman will be the Democratic nominee.

The nominees in the other two races won’t be decided until May. One of those is Gina Ortiz Jones, who advanced to the runoff for the 23rd Congressional District.

“We are underrepresented and disproportionately affected,” Ortiz Jones said in an interview Wednesday. “And folks are understanding that this is not a spectator sport and we all need to participate.”

In addition, two Democratic women are on track to make history as the first Latinas to represent Texas in Congress. Veronica Escobar and Sylva Garcia will be on the November ballot seeking to represent two districts heavily favored for Democrats.

“Tonight, women spoke,” Garcia, a state senator running in the 29th Congressional District, said in her victory speech. “Tonight, we voted and we voted loud and clear, and we said that elections can’t be bought and what matters is people.”

The numbers are even more impressive for the Texas Legislature, where just 20 percent of all current state lawmakers are women.

On the ballot in November will be at least 76 women, well above the general election record of 58 female state legislative candidates set two years ago, according to an AP analysis of election results and data collected by the Center for American Women and Politics. Of those, 35 are Democratic challengers to GOP incumbents.

Just 14 of the 76 candidates who have advanced so far are Republican women, but that includes nine incumbents.

A spokesman for the Republican State Legislative Committee, which works to elect GOP candidates at the state level, said the group was reviewing Tuesday’s election results but noted that Republicans hold solid majorities in the Texas Legislature.

Democrats are eager to make gains in state legislative races after a considerable drop in their ranks during the presidency of Barack Obama. In most places, state legislatures play a key role in the redistricting process that sets boundaries for legislative and congressional districts. Both parties want to have an edge when that begins after the 2020 Census.

Since the 2016 election, the Democratic Legislative Campaign Committee has been aggressively working with state candidates across the country. Democrats have won 39 seats previously held by Republicans. Of those, 24 were won by women.

Hero student, 15, who was shot five times using his body to shield others who were fleeing Parkland gunman is the first to file lawsuit over the deadly shooting