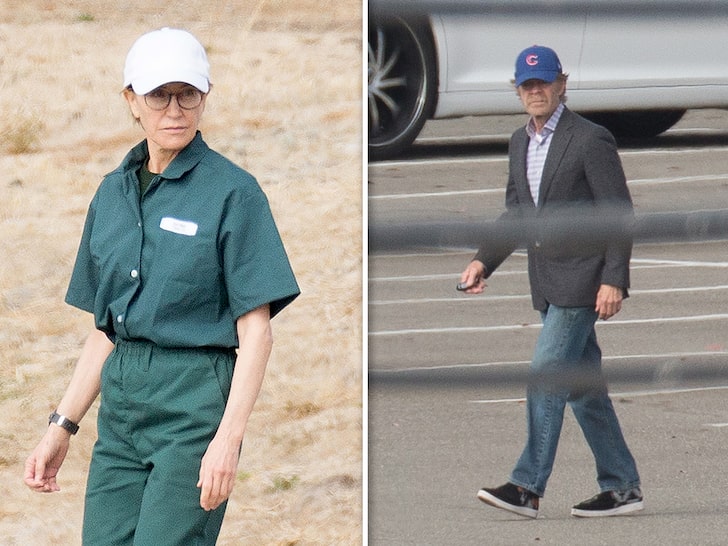 Felicity Huffman is knee-deep into her prison sentence — and of course, she’s got some new duds for the brief stint … a jumpsuit, which was on full display for...
by Zach Freeman October 19, 2019 302 Views

Felicity Huffman is knee-deep into her prison sentence — and of course, she’s got some new duds for the brief stint … a jumpsuit, which was on full display for a family visit.

The “Desperate Housewives” actor was spotted Saturday at FCI Dublin in Northern California, where she’s currently serving her 14-day sentence … which will actually only amount to 13 days total when she’s released next Sunday … just in time for Halloween.

As you can see, Felicity’s wearing what inmates rock behind bars — a prison uniform — but funny enough … it looks like nothing like the ones ya might normally see on TV.

The jumpsuit — which appears to be a two-piece outfit — is dark green, and it looks like Felicity even came across a neutral white cap while on the inside. We’re told these photos of her walking out some doors of the low-security prison was for a family visit day.

Her husband, William H. Macy, came up from L.A. to see her face-to-face. Her daughter, Sophia, was on hand as well. She’s the kid who got wrapped up in the scandal to begin with.

Interestingly enough, Felicity was not being escorted out by any guards … and she seemed pretty carefree as she made her way past some nearby officers and into what appears to be a parking lot. This place really must be cush and chill to let an inmate walk around like that.

They Call It A Cain And Abel Murder. This Brother Killed His Brother.