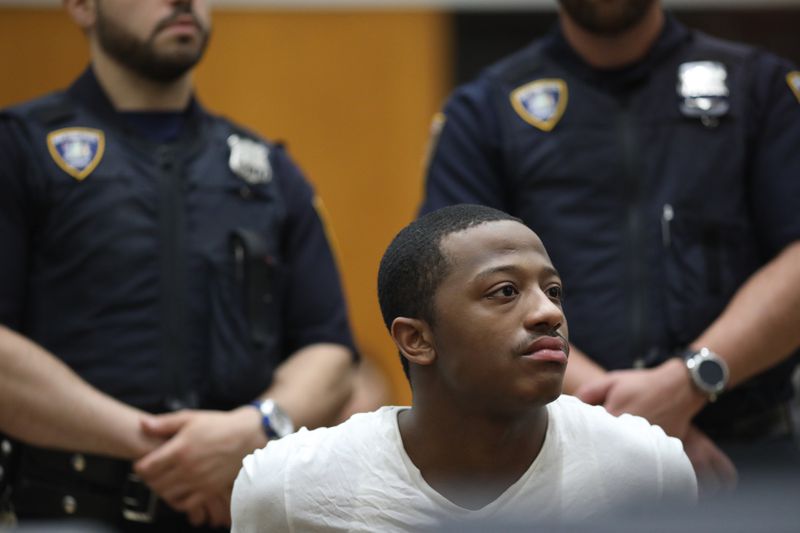 A Bronx dad who admitted that he suffocated his infant son with blankets after smoking marijuana was sentenced Tuesday to three to nine years in prison. Prosecutors said Claude...
by Alycia Pascual-Pena September 11, 2019 236 Views

A Bronx dad who admitted that he suffocated his infant son with blankets after smoking marijuana was sentenced Tuesday to three to nine years in prison.

Prosecutors said Claude Tinnin, 21, smoked five blunts before he wrapped 8-month-old August Tinnin in heavy blankets and put him down for a nap last year inside an apartment at the Rutgers Houses on Manhattan’s Lower East Side.

Tinnin, in a deal with prosecutors, had pleaded guilty in Manhattan Criminal Court to a count of second-degree manslaughter.

August died March 22, 2012, after Tinnin wrapped the boy in blankets and sheets that covered his mouth, and put him on his stomach for a nap, according to court papers. Officials said Tinnin went to sleep in another room, and did not check on the baby.

When his girlfriend returned home, she saw the baby was pale and blue. August was rushed to a hospital, where he died three days later.

Tinnin asked Judge Diane Kiesel when he would be eligible for parole. She told him about 18 months.

“This was a combination of poor judgment and chronic marijuana use,” said Tinnin’s lawyer Wilfredo Sta-Ana. He agreed that Tinnan should undergo psychiatric counseling while he’s locked up.

Kiesel said when Tinnin is released from prison, he must stay away from the boy’s mother and his other son for eight more years.