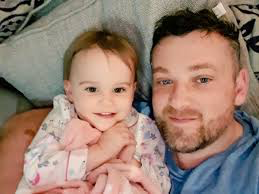 The heartbroken dad of “miracle” IVF twin toddlers drowned by their “materialistic” mum has shared his devastation today.

The couple had split weeks previously and Ford had carried out a “homicide/suicide fantasy” in “retaliation and punishment” against her estranged husband.

The mum tried to kill herself when she crashed her car into the back of a lorry at 100mph and told police: “I’ve killed my babies. Please let me die.”

She was sentenced to 10 years in jail today after admitted manslaughter by diminished responsibility.

But in a statement read out in court, 36-year-old Steven expressed his “total shock and pain”.

“I believe what happened here is an extreme version of her character. Like a tantrum. She knew it was the ultimate punishment.

“The total shock and pain is indescribable,” the grieving father, of Margate, Kent, said.

“My two beautiful babies were healthy, bright and loving children who had everything to life for.

“I know this will be something I will never got over as long as I live. I’m completely helpless in this situation and I don’t know what to do.

“In that moment my life had changed in a heartbeat.

“Jake and Chloe were wanted babies. Samantha and I went through four attempts of IVF and years of heartache.”

The Old Bailey was told The Fords had spent their first 10 years of marriage living in Qatar, but when they moved back to the UK “emotionally controlling” and “materialistic” Samantha was angry at leaving their lavish lifestyle behind and wanted to return to the Middle East.

Steven Ford attended the hearing at the Old Bailey today

The mum’s health rapidly “deteriorated” in the weeks leading up to the deaths.

And, on Boxing Day last year, Ford drowned her kids.

She smashed her Ford Galaxy and crashed into the back of a lorry at 100mph without a seatbelt on on the A299 in nearby Whitstable, Kent, at around 3am the next day.

Woman, 67, is found guilty of attempted murder after lacing her husband’s drinks with antifreeze chemical