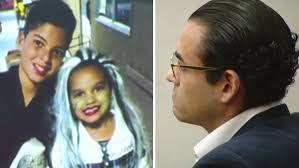 Father Convicted of Manslaughter After Children Die In Fire

Father Found Guilty In Fire That Killed His 2 Children>

A San Diego man whose two children died in a fire at their home has been convicted of involuntary manslaughter.

Prosecutors said Henry Lopez fell asleep with a lit cigarette, sparking a fire in his Rancho Bernardo home in 2017. His 10-year-old son, Cristos, died from burns and his 7-year-old daughter, Isabella, died from smoke inhalation.

Lopez’s attorney argued that there was no evidence a cigarette caused the deadly blaze and that a defective cell phone was a more likely source for the fire, KTLA sister station KSWB reported.

He could be sentenced to more than 16 ½ years in prison.