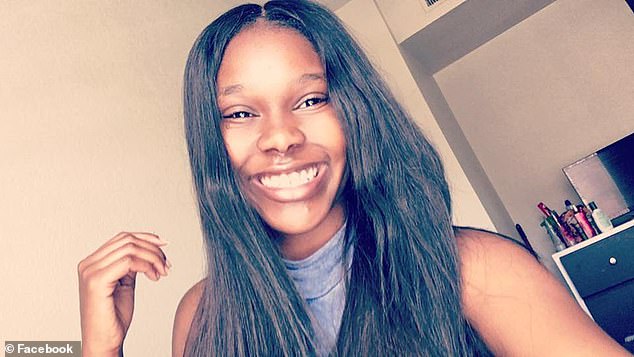 Atlanta police and a desperate close-knit family are pleading for help in finding Alexis Crawford.  The 21-year-old Clark Atlanta University student was last seen at her off-campus apartment on McDaniel...
by Raquel Jayson November 5, 2019 387 Views

Atlanta police and a desperate close-knit family are pleading for help in finding Alexis Crawford.

The 21-year-old Clark Atlanta University student was last seen at her off-campus apartment on McDaniel Street on Wednesday (Oct. 30), according to the police report, AJC.com reports.

This is where @CAU student Alexis Crawford was last seen on Wednesday. It’s an apartment near campus she shared with a roommate. Today I spoke to her sisters about their last conversation with Alexis. Watch my live report on Ch2 at 6 pic.twitter.com/rqOqNZ0E95

On Friday (Nov. 1), her family reported her missing, police said during a press conference at the Atlanta Police headquarters on Monday (Nov. 4), AJC.com reports.

According to a police report, Alexis’ mother, Tammy Crawford, reported she had a FaceTime conversation with her daughter in the afternoon on Oct. 30, the last day she was seen by her roommate, WBAL reports.

“[Alexis] seemed to be in good spirits and was laughing,” Tammy told police, WBAL reports.

Her sister Monica Wright told police that during the afternoon FaceTime call Alexis asked if she could send her some money through Cash App.

Their father, Bobby Wright, agreed and Monica completed the transaction, according to the police report, Atlanta Black Star reports.

Around 8:44 p.m., Alexis reportedly had a text conversation with her younger sister, Alexandria, and asked her about her weekend plans.

Alexandria replied, “nothing,” and that’s where their conversation ended. Alexis did not respond further, according to the police report, AJC.com reports.

Later that evening, Alexis was active on social media around 9:03 p.m., and her roommate, who was not on speaking terms with her due to a previous incident, reported taking her to a nearby liquor store around 11:30 p.m. despite their strained relationship, Atlanta Black Star reports.

The two young women then returned to their off-campus apartment together, according to the police report, WBAL reports.

The roommate, whose name has not been released, said she last saw Alexis around 12:30 a.m. before turning in for the night.

The next morning, when the roommate left for class, the apartment was empty and the front door was locked, WBAL reports.

Alexis’ cellphone, ID and her debit card were also gone, but a cellphone charger and a key to the apartment were left behind, according to AJC.com.

According to the police report, Alexis’ bedroom was in the same condition it had been in since Oct. 26, when a “separate incident” occurred, Atlanta Black Star reports.

While police did not provide details about the previous incident, Alexis reportedly told friends she “wasn’t comfortable sleeping in there and had been sleeping in the living room,” according to the police report, Atlanta Black Star reports.

The Crawford family said it was extremely rare for Alexis to go more than a day without speaking to her parents or at least one of her four sisters or five brothers, who are from Athens, about 70 miles northeast of Atlanta.

Alexandria said during a press conference on Monday, “I just want you to come home and be safe. I hope God is walking with you and please prevent any evil that comes her way — and we’re here for you.”

Alexis’ older brother, Derrick Carter, echoed her plea, saying, “I just want to say to the city of Atlanta: Can you please help me find my baby sister?”

Directing his comments to Alexis, he added, “We love you. If you’re out there and you’re looking at this, give us a call. We’re right here with you.”

Alexis is described as 5 feet, 3 inches tall and about 150 pounds. She was last seen wearing a black T-shirt or hoodie and a cheetah print headscarf, WBAL reports.

“The family of Alexis Crawford said this is what she looked like when she was last seen alive,” a news reporter tweeted Monday. “They’re hoping anyone with information [will] share it with police. They believe something bad may have happened.”

The family of Alexis Crawford said this is what she looked like when she was last seen alive. They’re hoping anyone with information with share it with police. They believe something bad may have happened. Story at 5 on Ch2 pic.twitter.com/Chhtte4dCY

Her great-aunt Brenda Crawford described Alexis as “beautiful” and “fun-loving.”

The Atlanta Police Department is asking anyone with information to please come forward.