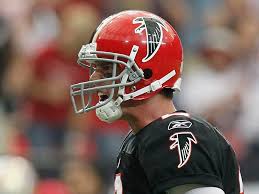 Falcons look to clinch playoff spot on the road against Saints

ATLANTA – When Atlanta Falcons running back Devonta Freeman found the end zone on a 32-yard run with less than eight minutes to play in the Monday Night Football...
by Zach Freeman December 21, 2017 549 Views 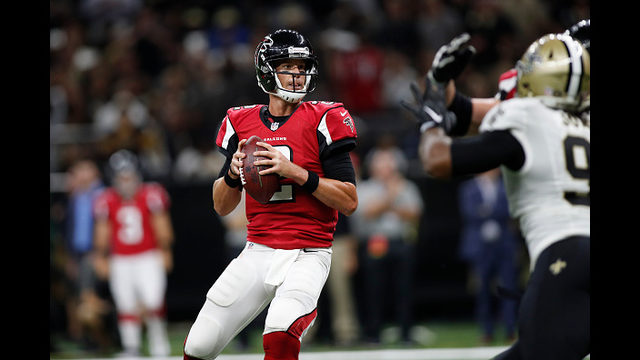 ATLANTA – When Atlanta Falcons running back Devonta Freeman found the end zone on a 32-yard run with less than eight minutes to play in the Monday Night Football game against the Tampa Bay Buccaneers, the Falcons looked as if they would go ahead and put the Buccaneers away in a game where the offense was never fully in sync.

But there is a reason why divisional games get special attention on the regular season schedule each year. Anything can happen, and when Buccaneers quarterback Jameis Winston connected with wide receiver Adam Humphries for a touchdown late in the fourth quarter, things got interesting, just as they often do in the physical NFC South matchups.

The Falcons maintained their spot at sixth in the NFC playoff race, eliminated the Packers from the playoff race and currently hold the tiebreaker over Seattle, Detroit and Dallas – teams that are all  8-6 at present.

The Falcons, who beat the Saints 20-17 on Dec. 7 for the first Thursday Night Football game in Mercedes-Benz Stadium, will have to slow Drew Brees and company again to secure a playoff spot in the NFC.

In that game, Brees threw for 271 yards, two touchdowns and a critical interception that was picked off in the end zone by Falcons linebacker Deion Jones, securing the Falcons’ victory and keeping Atlanta’s playoff hopes alive.

The bigger storyline from that game was the Saints offense without rookie running back Alvin Kamara, who suffered a concussion in the first quarter of the game and never returned to the field. As a result, the Falcons held the Saints to 50 yards.

On Sunday, unless Kamara goes out with another concussion, the Falcons will be charged with stopping both Kamara and Mark Ingram, who on Sunday became the third pair of running back teammates to each reach 1,200 total yards from scrimmage and 10 total touchdowns in a single season in the Saints’ 31-19 victory over the New York Jets.

Those numbers will be put to the test, and players like linebackers Vic Beasley, De’Vondre Campbell, cornerbacks Desmond Trufant and Robert Alford and safeties Ricardo Allen and Keanu Neal will need to have a solid game defensively with tackling, limiting the extension of plays from the Saints’ playmakers and forcing critical turnovers.

Speaking of offensive efficiency, Ryan threw 221 yards, one touchdown and three interceptions in the first meeting against the Saints. Julio Jones finished with five catches for 98 yards, while Mohamed Sanu finished with 83 yards in that game.

The Falcons’ rushing attack, however, had a huge night in that game and played a major role in the Falcons’ ability to remain in the game, with Tevin Coleman and Freeman combining for 123 yards on the ground. It also helped Atlanta control the time of possession and the Falcons win the battle of third-down conversions as they finished 7-of-12, compared to the Saints’ 3-for-10 in the game.

If Atlanta hopes to clinch a playoff spot in the Big Easy, the Falcons must eliminate the turnovers, establish the run early in the game to allow for Ryan to incorporate play action plays and take shots down the field to his receivers.

It has not been determined whether Coleman will play in Sunday’s game. If he does, it gives the Saints defense the task of stopping three running backs in Coleman, Freeman and Terron Ward, the latter of whom has proven he can make plays when given the opportunity to do so.

New Orleans enters Sunday’s game ranked 11th in total defense (giving up 328 yards per game), seventh in pass defense (213), but 18th in rush defense (115) and 17th in red zone defense, two areas the Falcons will look to exploit in the game.

The winner of this game will come down to which defense disrupts the offensive efficiency of mixing the run with the pass and which team’s offense can establish the running game throughout the game.

During their last time out, the Falcons won the battle on the ground. If Atlanta hopes to win again, head coach Dan Quinn and his Falcons must be prepared for a repeat performance.

Kickoff is set for 1 p.m. at the Mercedes-Benz Superdome.

Parents give teacher wine with son’s face on label