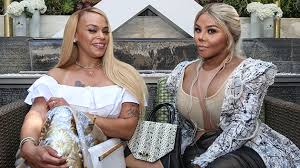 Faith Evans made a huge announcement during the Notorious B.I.G.’s Ready to Die album mural unveiling in New York City on September 13. The singer reveals she will join fellow icon Lil’ Kim in a co-headlining tour in the near future.

“We’re about to do a tour together, yall! We’re going to do a first ladies tour,” Evans said.

Official tour dates for the collaboration have not yet been announced, but that didn’t stop fans from taking to Twitter to express their excitement over the news.

The former rivals first toured together in 2016 during the Bad Boy Reunion tour.

Evans even presented the Queen Bee with a special award at the VH1 Hip-Hop Honors: All Hail The Queens ceremony the same year, officially burying the hatchet.

The 46-year-old introduced the “Lighters Up” emcee at the event, saying, “The posters for her debut album were unforgettable. She brought sexy to hip hop, first. Lil’ Kim’s debut album Hard Core was the beginning of a new era for freedom for female emcees. She turned sex into power and made no rules. She went toe to toe with Big, she even went toe to toe with me.”ADVERTISING

Evans and Kim, born Kimberly Denise Jones, collaborated on “Lovin’ You for Life,” a track on Faith’s 2017 B.I.G. tribute album, The King & I.