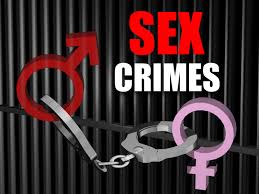 Several girls who were sent to live with a man now on trial on charges he raped them testified Thursday he had sex with them and they considered him...
by Katricia Brown June 2, 2017 472 Views

Several girls who were sent to live with a man now on trial on charges he raped them testified Thursday he had sex with them and they considered him to be their husband.

Prosecutors outside Philadelphia say Lee Donald Kaplan, who’s 52, sexually assaulted six daughters of a couple who had “gifted” them to him because he helped them financially. Kaplan fathered two children by the eldest daughter, who’s now 19.

Daughters ranging in age from 9 to 18 testified Thursday at Kaplan’s trial on rape, sexual assault and conspiracy charges.

A girl who’s 15 said Kaplan began having sexual contact with her when she was 11 or 12. She said she believed that’s what husbands and wives do.

A 9-year-old testified that Kaplan began molesting her when she was 7.

“He told me not to tell anybody what he was doing,” the 9-year-old testified.

The girls’ parents, Savilla and Daniel Stoltzfus, got financial help from Kaplan when they fell on hard times after breaking from their Amish faith, according to authorities and interviews with relatives and neighbors.

Police found the family, including the couple’s nine daughters and two grandchildren, living with Kaplan when a neighbor’s tip led them to search his Feasterville home last year.

Savilla Stoltzfus pleaded guilty to child endangerment charges last month, and her husband, David Stoltzfus, entered a no-contest plea, acknowledging that prosecutors had enough evidence to support the charges. They are awaiting sentencing.

The mother testified she knew about the sexual activity involving Kaplan and the girls but believed it “could be a good thing.”

“I always trusted him that whatever goes on is a good thing,” she testified Wednesday.

She later said she had no regrets because “we had a good life.”

Deputy District Attorney Kate Kohler argued in her opening statement Kaplan “brainwashed” the family, casting himself as a prophet, as he sought “power, manipulation and control.”

Defense attorney Ryan Hyde, however, said Kaplan was married to the oldest daughter in the family’s eyes and never abused the younger ones. He said the family took advantage of Kaplan’s generosity.

“He was running them out of the darkness that was their lives beforehand,” he said.