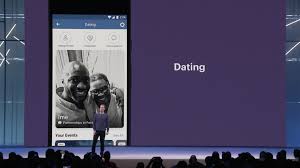 The original Facebook couple. AP Photo/Manuel Balce Cenet Facebook’s attempts to find you the love of your life are growing. On Thursday, the Silicon Valley social-networking firm announced that Facebook...
by Joy Smith November 8, 2018 542 Views

Facebook’s attempts to find you the love of your life are growing.

On Thursday, the Silicon Valley social-networking firm announced that Facebook Dating, its online dating service, was launching in Canada and Thailand and adding some features.

The product, the company’s answer to OkCupid or Tinder, first launched in Colombia in September after being announced at Facebook’s F8 conference earlier this year.

Facebook Dating doesn’t have its own app; instead, it’s nestled inside the core Facebook app. (The company says it has no plans to spin it out.) Facebook is positioning it as a way to find serious partners rather than casual matches — there’s no swiping and liking, which the product manager Nathan Sharp likened to “speed dating” in an interview with Business Insider.

Instead, when users see someone they like, they send the person an initial message based on a piece of content (a photo or an answer to a preset question) on the person’s profile. If the recipient responds, it will start a proper conversation. (Users can’t send a second message unless the person they’re messaging chooses to respond.)

It also ties into Groups and Events — with users able to opt in to see other Facebook Dating users attending the same events or joining the same groups. “If you are active in communities on Facebook, dating becomes so much more interesting,” Sharp said.

Facebook Dating is also adding two new features: the ability to temporarily pause matches and the ability to take a “second look” at potential matches you previously declined.

The launch and expansion of Facebook Dating is a risky move for Facebook, which is still reeling from successive data scandals, including Cambridge Analytica and a hack that saw about 30 million users’ personal data stolen. It’s unclear whether users in countries like the US and the UK, where Facebook’s crises have been consistently headline news, would be willing to let the company into ever-more intimate aspects of their lives.

Facebook Dating launches in Canada and Thailand on Thursday, but users won’t be able to match with anyone right away, as Facebook plans to wait for enough people to actually sign up.

It is also available only to users who are at least 18 years old. (It won’t verify the age users give in their Facebook profile but will take into account the age of their friends in deciding whether to give users the option to sign up.)

Sharp said there were no plans to directly monetize the service — through things like ads, premium features, or a subscription option.

Amazon announces it’ll have 2 new Headquarters not just one, still haven’t decided where!