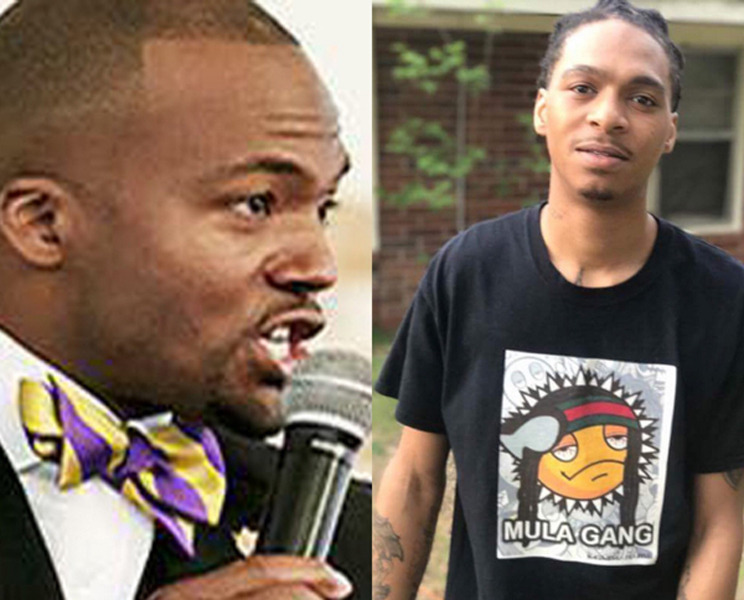 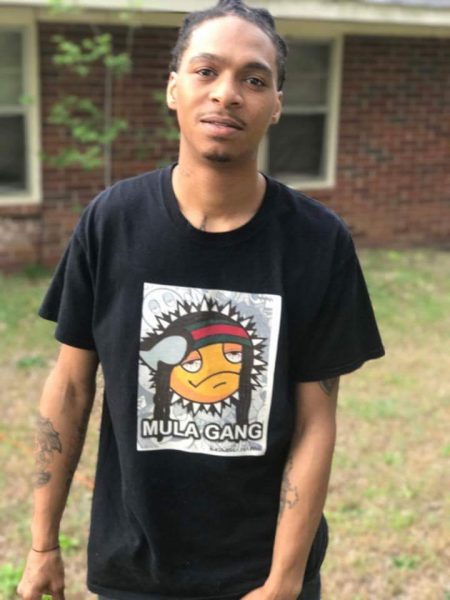 It was the video that went viral.  On May 1, 2017, a brawl at a Macon, Ga. church was captured and shared with the world.  Through the full-length version of the video, we glimpse what set the scene for the confrontation – a group of church members squared off against their pastor, determined to remove him from his position. But as the video shows, what was supposed to be a simple vote by the membership morphed into something much more unexpected and volatile.

Joy105.com has the exclusive interview with the young man who captured it all on Facebook Live.  Bobby Deshawn Ballard is a 21-year-old member of Greater Bellevue Baptist Church (GBBC), one of the larger church ministries in the city. Originally from Chicago, Ballard relocated to Macon in late 2008 and has been a member of GBBC since 2011.  He shared that the church has “thousands” of members, but only around 350 attended Monday’s meeting.  Ballard shared with us his version of what really happened on Monday and why it was never his intent for his church or his pastor to look bad.

JOY105:  What happened and made you go live on FB to show the rest of the world what was going on?

Ballard: I wasn’t showing the world. My grandma used to go to the church. She moved to Chicago. She had been at the church for a long time and she loved her pastor. We’ve been going to the church since we were young. I went live to let my grandma hear how people were down talking my pastor (saying a lot of negative things like he wasn’t doing what he supposed to do) when everybody in the church knows he’s dedicated his time and life for all of us.

What happened was we were having to vote to try to withdraw him from being the pastor. We didn’t get a chance to vote ‘cause they were having a discussion. All the older people walked up [front] and kept saying negative stuff.  So, I got the youth together to go up there, but they denied us and told us to go sit down.  We even tried to go up there one by one and they still denied us.

What really made everything pop off was the older people. Everybody’s saying I’m messy because I recorded it. But I don’t think I’m messy because I recorded it. I wasn’t cussing or saying nothing. If you hear me, I was saying “this is a church and y’all doing all of this in a church.”  Messy is all those who are doing all this inside the church and then, come Sunday, wanna act like they’re so holy. It wasn’t to put my church in a bad predicament. I was just showing my grandma.

I didn’t know it was gonna go the way it did, but at the same time I look at it as a blessing.

JOY105: Was your pastor or his wife at the meeting?

Ballard: No, he was nowhere around. They wouldn’t let him in the meeting. That’s another thing I want to clear up.  He had the authority or manpower to stop it, but he was nowhere around. We should have been able to stop everything from happening.  He wife was there, but she was in and out of the meeting. And I can’t say I actually saw her sit down.

JOY105: How did it get to the place where people were swinging at each other?

Ballard: The older people were talking saying, “Pastor this” and “Pastor that”. I don’t wanna speak bad about my pastor, but I’m just speaking the truth about what really went down. I’m not afraid of anybody and not afraid to speak my mind.

A man came up there and said our pastor “smashed” his wife. And that’s what made everybody look crazy. The young people, the old people. The old people were ready to fight.  Then, the police just sat there.  They put some people out as well, but they just sat there and let the people fight. It wasn’t like they tried to break it up or none of that – they just let them fight.  What made it happen like that was the negative vibe that the older people were bringing in the first place.

The men who were [doing the negative talking] are all members of the church. The man who stood up and accused my pastor of sleeping with his wife wasn’t a member. You can hear in the video people saying, “Who is he? We’ve never seen him.”  But y’all let him in here so y’all planned this in advance.

I’d been recording already. I didn’t know [the fight] was gonna happen.

JOY105: So, to be clear, the man who accused your pastor of sleeping with his wife wasn’t a member of the church?

Ballard: That’s right. I feel it was planned. They planned to do this. They let him in. People were at the door checking the list of who was and wasn’t a member before they let us in. We’re all equalized members and we’d never seen this man a day in our lives. What really irks me is they let him speak before they let US speak. And we’re members. We’re the youth. The youth is what really counts – to hear our voice – because we’re the future!

JOY105: You’ve brought a lot of clarity that helps it make sense. When things like this happen, you hear all types of versions of what really happened. It’s good to hear from someone who was actually there in the building because all types of comments have been made.

Ballard: Another thing I want to clear up is that this happened in a part of the church, but it didn’t happen inside the church. We were in our gym. It wasn’t in the sanctuary, but I guess people still call the gym church property.

Our pastor is a great man. Whatever he does outside in his life, we don’t have anything to do with it.  In the church, he’s a great man. We come to hear the word, he teaches us the word and he also is a role model. Whatever you need, he’s there. So, we don’t like to hear anybody saying he’s a bad pastor.

I didn’t record this to say that my church is a bad church to go to or that my pastor is a bad pastor. No, he’s a great man and I mean that from the bottom of my heart. I really do mean that.

Check out Ballard’s videos below:

The full-length video leading up to the melee is linked here.