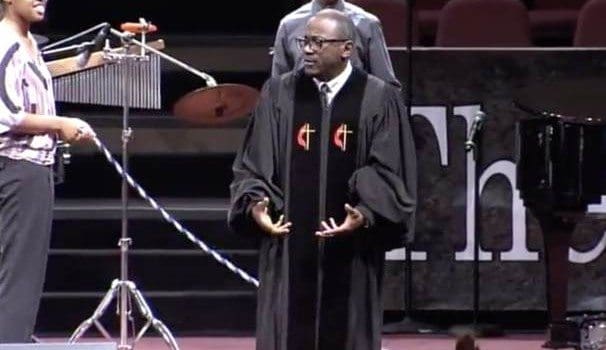 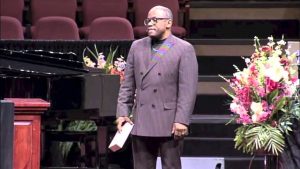 Joy105 admires the work being done by Pastor Rickie G. Rush and the Inspiring Body of Christ Church. A recent story was provided to and released by this news outlet on December 5, 2017, that contained false and non-vetted accusations, wrongly accusing Pastor Rickie G. Rush of bad character and poor moral judgement. No charges have been filed against Pastor Rickie G. Rush, nor is there anyone who could corroborate the defamatory information. Joy105 regrets the decision to publish such a defamatory piece without the due process of verifying the information. Our readers deserve the truth, and Joy105 therefore retracts the accusations set forth and fully denounces them. Joy105 apologizes to Pastor Rickie G. Rush, his wife Beverly Rush, his family, the Inspiring Body of Christ Church (IBOC), and our readers.

Joy105 reached out to Pastor Rickie G. Rush for a comment and he had this to say: “As you well know, the internet and social media are not regulated and can often misrepresent a person’s integrity—in this case, my personal integrity. I am falsely accused, and I pray for all people who are targets of cyberbullying online. It is so important that we bombard the internet and social media with positive messages. That’s why my current charge, icuMAD.com, is a global campaign to do just that—make a positive difference.”

“As always, the work Pastor Rickie G. Rush does is admirable and a powerful example that ministry leaders throughout the world strive to follow. The I’m M.A.D. movement is a prime example of that. I know Pastor Rush personally, and he is a godly man that exhibits the utmost sacrifice and commitment to the call of Christ on his life. That’s why the onslaught of accusations against him in the media (blogs, social media platforms) are so inconceivable and untrue.  They are so blatantly false and completely out of left field. Pastor Rush is a man after God’s own heart!”  said Pastor E. Dewey Smith, Jr. 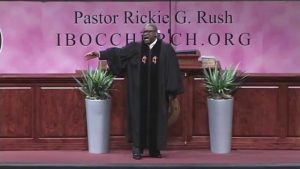 In the face of adversity, Pastor Rickie G. Rush, Senior Pastor of the Inspiring Body of Christ Church (IBOC)—a megachurch located in Dallas, Texas with more than 15,000 members—has yet again found a way to overcome and make a difference. The sought-after internationally acclaimed speaker, teacher, and master illustrator is known for the demonstrative and humorous ways in which he teaches the Word of God.

Beginning at a young age with the death of his mother and subsequent adoption, Pastor Rush has had to turn despair into triumph. Despite the false claims that have been made online against Pastor Rush, he has maintained his strong sense of leadership with a heart for people from all corners of the world. Launching the “I’m M.A.D. campaign” (I’m Making A Difference), Pastor Rickie G. Rush champions the fact that we can all thrive and make a difference in the lives of those around us, despite sometimes confronting impossible odds.

The I’m M.A.D. campaign, a global movement, stems from recent efforts from the non-denominational megachurch to recognize youth that have passed away too soon by holding candlelight vigils for those that have passed away without much notice or recognition. With a goal to fulfill “One Million M.A.D. Inspirational Moments,” the movement challenges people from all walks of life to complete an inspirational, impactful moment each day, no matter how large or small. The moments will then be shared on the movement’s website, www.icumad.com, by way of stories, pictures, and videos.

As part of the campaign, Pastor Rickie G. Rush has made it his personal mission to focus on another deep-rooted issue that plagues our society: teen suicide. IBOC will hold “S.P.O.T. Checks” (Supporting Parents of Teenagers) on the fourth Sunday of each month in 2018 to discuss strategies for communicating with teens, helping them to navigate some of their most challenging, confusing years in life. The strategies were developed with high teen suicide rates in mind, with the goal to raise awareness of teen suicide, eliminate the risk factors, and lower suicide rates. The S.P.O.T. Check sessions will also serve as a way to provide much needed emotional support and fellowship to parents of teens as they discuss struggles, strategies, and victories in raising teens. By facing issues head-on, the S.P.O.T. Checks will decrease parent stress factors as they “Survive 6”—the tough teen years from ages 13-19.

You can find out more about Pastor Rickie G. Rush and the M.A.D. Campaign by visiting him online:

At least 5 accusers of Bill Cosby will testify at trial