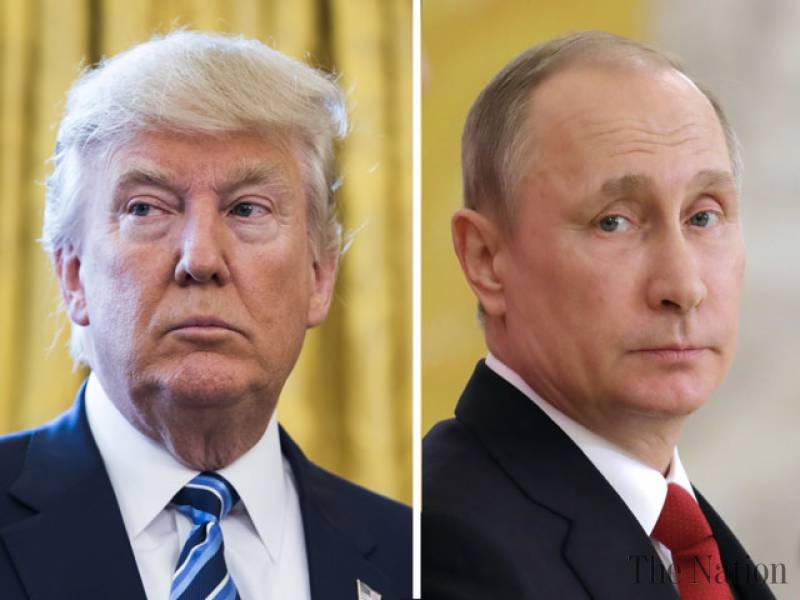 On Tuesday, President Donald Trump applauded his son’s “transparency” after he confirmed details of his meeting with a Kremlin-connected lawyer in hopes of obtaining damaging information about Hillary...
by Joy Smith July 14, 2017 580 Views On Tuesday, President Donald Trump applauded his son’s “transparency” after he confirmed details of his meeting with a Kremlin-connected lawyer in hopes of obtaining damaging information about Hillary Clinton from the Russian government. But it seems that Donald Trump Jr. was hardly transparent at all when he published his e-mail exchange with Rob Goldstone, the music publicist who helped arrange the now-infamous June 9 meeting at Trump Tower between Trump Jr., Jared Kushner, Paul Manafort, and Russian attorney Natalia Veselnitskaya.

According to an explosive new NBC report, there was also at least one other person in the room that day: a Russian-American lobbyist and former Soviet counterintelligence officer who is suspected of having ties to the Kremlin. (In an earlier interview with NBC News, Veselnitskaya denied ties to the Russian government or ever having promised opposition research on Clinton. She acknowledged that she was accompanied by at least one man, but she did not identify him.)

The revelation that the president’s son, son-in-law, and campaign manager all met with an ex-spy—and that the White House failed to disclose his presence even after acknowledging that the June 9 meeting took place—represents a significant new development in the federal investigation into alleged collusion between the Trump campaign and Russia. While Trump surrogates have dismissed the meeting as a “nothing-burger,” Trump Jr.’s disclosure on Tuesday sent Washington into a tailspin and incited a contentious legal debate over whether the eldest Trump son broke the law when he gleefully responded “I love it” to an e-mail from Goldstone promising dirt on his father’s political rival as “part of Russia and its government’s support for Mr. Trump” and later met with Veselnitskaya. The president’s son has argued that the meeting does not constitute collusion because Veselnitskaya did not offer any “meaningful” information.

Online, speculation immediately swirled that the unidentified fifth person was Rinat Akhmetshin, a lobbyist for a group that Veselnitskaya founded to seek the repeal of the Magnitsky Act—a retaliatory measure the U.S. leveled against Moscow, blacklisting suspected human-rights abusers. “I wasn’t there, so I’m just relying on the NBC report, but there is only one person who fits that profile,” Hermitage Capital founder Bill Browder, who spearheaded the Magnitsky Act, told Business Insider on Friday. “In the world of Russian intelligence, there is no such thing as a ‘former intelligence officer,’ ” he continued. “So in my opinion, you had a member of Putin’s secret police directly meeting with the son of the future next president of the United States asking to change U.S. sanctions policy crucial to Putin.”

Hours later, Akhmetshin confirmed that he had met with Trump Jr., Kushner, and Manafort last year. “I never thought this would be such a big deal, to be honest,” he told the Associated Press, describing the meeting as “not substantive.” According to the AP, Trump Jr. asked Veselnitskaya “for evidence of illicit money flowing to the Democratic National Committee.” When the Russian attorney said she didn’t have such information, Akhmetshin said, “They couldn’t wait for the meeting to end.” He added that Veselnitskaya brought a folder full of documents to the meeting but said he was unaware of their contents or whether she provided them to Trump Jr., Kushner, or Manafort. (Akhmetshin was previously accused of hacking two computer systems by International Mineral Resources in a November 2015 court filing, allegedly as part of a broader smear campaign against the Russian mining company. According to the Daily Beast, Akhmetshin denied the hacking allegations, which IMR dropped last year.)

There may also have been a sixth person at the meeting. After NBC’s initial report was published, Alan Futerfas, Trump Jr.’s personal lawyer, called NBC to clarify that there was also a third person in the room, in addition to the three Trump associates. In an earlier statement, Futerfas said of the individual who attended the Trump Tower meeting, “He is a U.S. citizen. He told me specifically he was not working for the Russian government, and in fact laughed when I asked him that question.” He added that while the names of the attendees were reviewed, Trump Jr. was unaware of the individual’s background, but he had “absolutely no concerns about what was said in that meeting.” It is unclear whether he was referring to Akhmetshin or the other, still unidentified sixth individual. (Spokespersons for Kushner and Manafort did not immediately respond to requests for comment.)

Akhmetshin has long been on the radar of U.S. intelligence. In a March letter to acting Deputy Attorney General Dana Boente, Senator Chuck Grassley characterized him as “a Russian immigrant to the U.S. who has admitted having been a ‘Soviet counterintelligence officer.’ . . . In fact, it has been reported that he worked for the G.R.U. and allegedly specializes in ‘active measures campaigns,’ i.e., subversive political influence operations often involving disinformation and propaganda.” Grassley identified Akhmetshin as a pro-Russian lobbyist working on behalf of Prevezon Holdings, which until recently was under investigation by the U.S. Justice Department over allegations that it had laundered $230 million stolen in a tax-fraud scheme. The Magnitsky Act is named after the Russian attorney who uncovered the scheme, Sergei Magnitsky, who later died under mysterious circumstances in a Russian prison.

The Prevezon case was originally filed in 2013 by Preet Bharara, who was then the U.S. attorney for the Southern District of New York. Prosecutors alleged that 11 Russian companies were involved in the tax scheme, which involved laundering a portion of the stolen $230 million through New York real estate. “As alleged, a Russian criminal enterprise sought to launder some of its billions in ill-gotten rubles through the purchase of pricey Manhattan real estate,” Bharara said of the case.

On March 11, Bharara was unexpectedly fired by Donald Trump. Several weeks later, Prevezon settled the lawsuit for $6 million, far short of the $230 million that had originally been sought, with no admission of wrongdoing. Veselnitskaya, who was representing the Russian companies in the case, reportedly told one Russian news outlet that she viewed the generous settlement as “an apology from the government,” according to Foreign Policy.

After news of Veselnitskaya’s meeting with Trump Jr., Kushner, and Manafort broke, a number of Democratic senators on the House Judiciary Committee wrote a letter to Attorney General Jeff Sessions requesting information about the settlement. “We write with some concern that the two events may be connected—and that the Department may have settled the case at a loss for the United States in order to obscure the underlying facts,” the letter reads.

Representative Dana Rohrabacher of California, who has been a consistent advocate for warmer relations with Moscow, previously told CNN that he had met with Akhmetshin in Berlin in April, at which time he said the two discussed the Prevezon money-laundering case. Rohrabacher characterized the former Soviet intelligence officer as “having an ulterior motive” and involved with people who’ve got an agenda.” When asked whether he believed Akhmetshin maintained ties to Russian intelligence, the congressman said, “I would certainly not rule that out.”

Video: Bull Stuck in Tire forced on him by Ranch workers!!