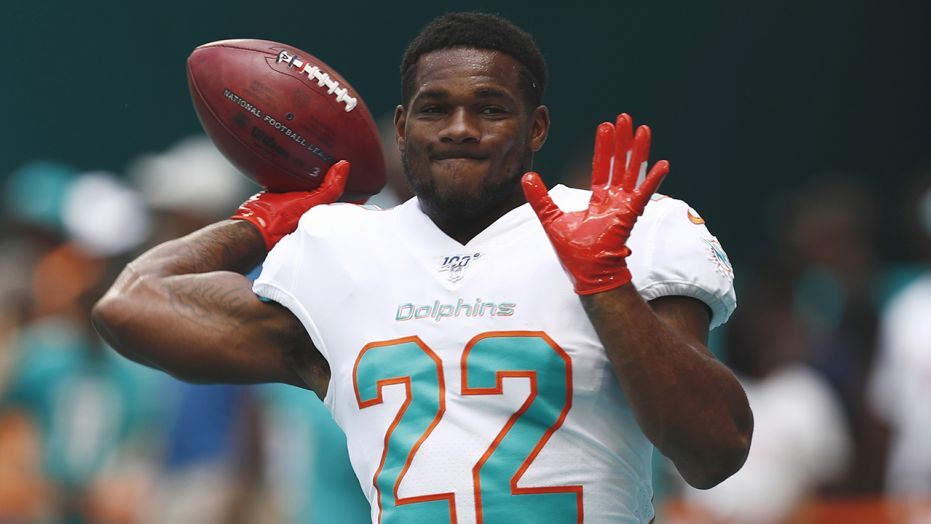 Ex-NFL Miami Dolphin Mark Walton Appeared In Court Today And The Audio Of The 911 Call Was Released And It Is Horrible!

The pregnant woman who was allegedly punched in the head repeatedly by NFL running back Mark Walton called cops sobbing and told them, “My boyfriend beat me up!” It’s all in...
by Zach Freeman November 20, 2019 347 Views

The pregnant woman who was allegedly punched in the head repeatedly by NFL running back Mark Walton called cops sobbing and told them, “My boyfriend beat me up!”

It’s all in new 911 audio obtained by TMZ Sports, in which you can hear a clearly upset woman explaining to dispatch how the ex-Miami Dolphins player roughed her up Tuesday in Davie, Fla.

During the call, placed about 10 to 15 minutes after the incident, the sobbing woman says Walton had hit her and then left the scene in a car.

What’s interesting about the call is dispatch recognized Walton’s name right away … asking the woman if she was talking about “the football player.”

Eventually, cops arrived to the scene … and, per a police report obtained by TMZ Sports, officers say the woman told them Walton pushed her against a wall and punched her several times in the face and head, even though he KNEW she was 5 weeks pregnant.

Cops say they noticed the woman had swelling on her left eye.

22-year-old Walton was ultimately arrested and booked for aggravated battery against a pregnant person — a 2nd-degree felony which carries a maximum sentence of 15 years in prison.

Walton showed up in a Broward County courtroom in cuffs and a beige jumpsuit to face the charge Wednesday … and was ordered to have no contact with the woman once he’s out of jail.

Walton — who was cut by the Dolphins almost immediately after his arrest — played in 7 games for Miami this season, recording 201 yards on 53 carries.