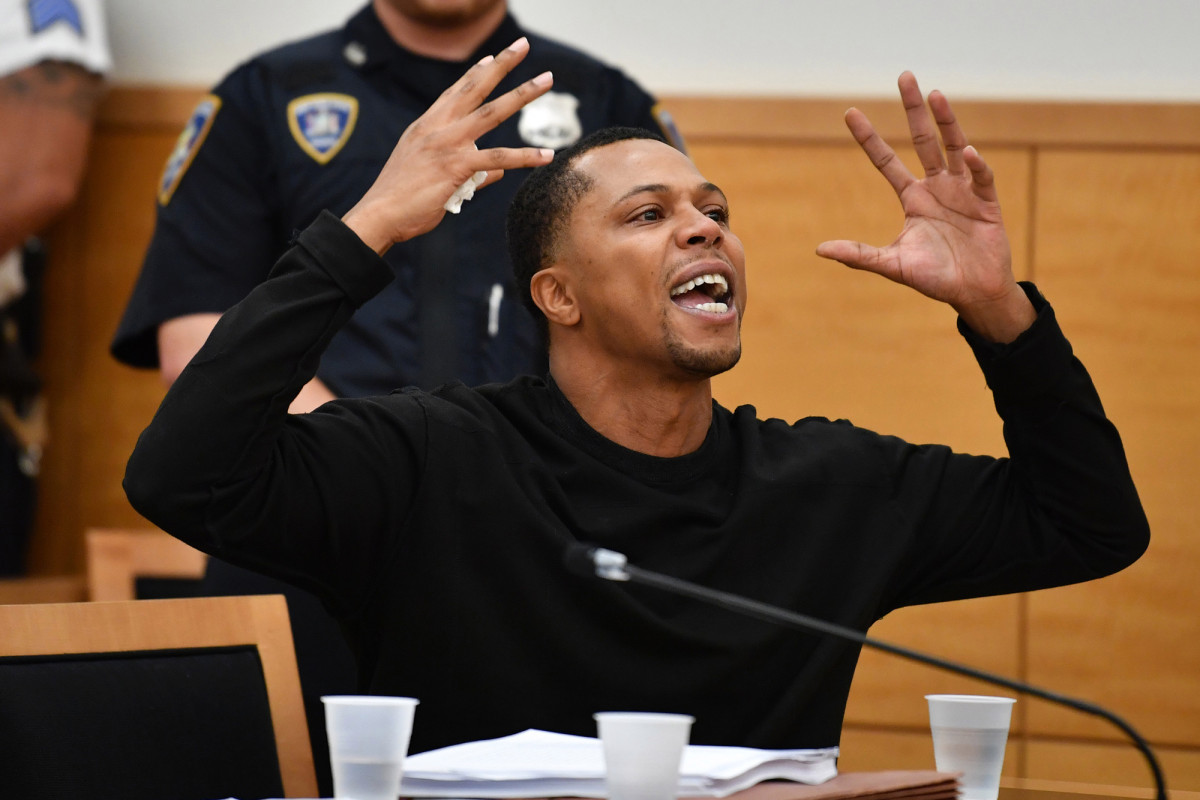 Ex-NBA player Sebastian Telfair gets over 3 years on weapons charges!

He’s quite the bawler. Former NBA player Sebastian Telfair landed three and a half years behind bars Monday on weapons raps — after suffering an emotional meltdown, crying and yelling, in Brooklyn court....
by Joy Smith August 14, 2019 415 Views

He’s quite the bawler.

Former NBA player Sebastian Telfair landed three and a half years behind bars Monday on weapons raps — after suffering an emotional meltdown, crying and yelling, in Brooklyn court.

“I am 34. I can go play in China for six years and take care of my family. I’m waiting for my daughter right now to get her period. Real mental illness because I wasn’t around … She hasn’t even gotten her period yet.”

Shouting and crying as he spoke, Telfair added, “Sebastian Telfair is going to jail for a … victimless crime.

“Put a gun in his hand and fight for us n—a … I go to the gun store. I got an American Express.’’

Minutes earlier, Telfair walked into the courtroom dressed all in black saying, “God on the throne, that’s what my mother says, God still sits on the throne.’’

The former Portland Trailblazers and Minnesota Timberwolves player — who once graced the cover of Sports Illustrated in 2004 under the headline “Watch Me Now’’ — had faced up to 15 years in the slammer.

Telfair was stopped in his Ford F-150 pickup truck in Brooklyn in 2017 for driving without his lights on and illegally parking on the median of Atlantic Avenue. Cops then found three loaded handguns, a submachine gun, ammunition, extended magazines and a ballistic vest during a search of his vehicle.

Telfair told The Post on Monday before his sentencing that the weapons were his and legally licensed, although in Florida. He was not licensed to have them in New York.

He claimed he didn’t know they were in the car because he was going through a divorce at the time and had movers put some of his stuff in his truck and drive it up for him from Florida to the city, before he got it back again.

The larger weapon was out of sight in an ottoman in the back of the truck, he said, while the handguns were locked in consoles.

Telfair said the search of his vehicle was illegal because the officers didn’t have a warrant.

The cops said they smelled pot coming from the car and that gave them cause to search. They turned up a marijuana cigarette in addition to the weapons. Telfair said the pot wasn’t his. He was driving with a friend at the time.

The judge refused to side with Telfair on the warrant issue.

The NYPD said that the Brooklyn’s District Attorney’s Office and the Internal Affairs Bureau concluded that the arrest was justified.

All the details for Khalid’s El Paso benefit concert!