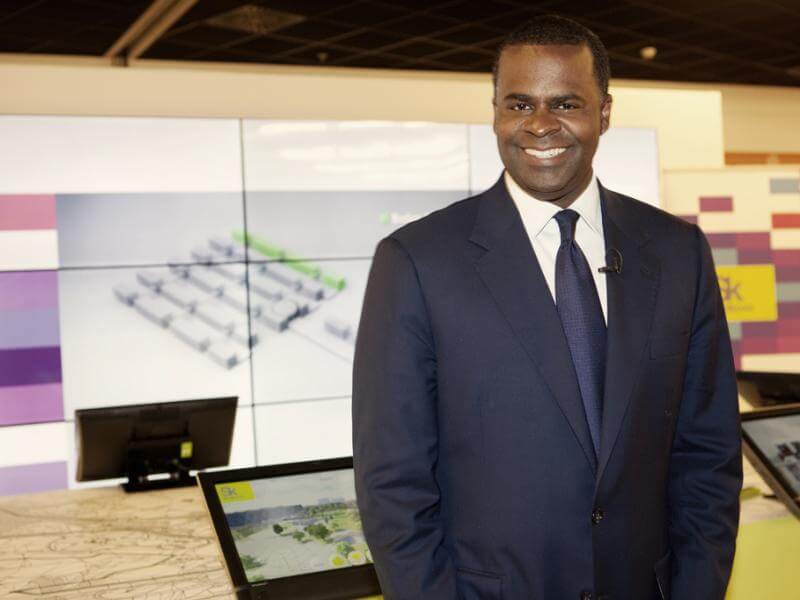 The 10-point subpoena — dated Sept. 9, 2016, and kept from the public with Reed’s knowledge — included demands from federal prosecutors for information about lucrative construction and concessions contracts at Hartsfield-Jackson International Airport; vendors with close political ties to Reed; and financial records for three members of his cabinet.

“This is a serious subpoena,” said Caren Morrison, a law professor at Georgia State University who was a federal prosecutor in the Eastern District of New York. “It’s not a fishing expedition.”

In addition to being kept secret from the public, the subpoena was withheld from City Council, which voted to award four multi-million dollar contracts without knowing they were under federal investigation.

The disclosure would have significantly increased council scrutiny on the contractors before them, and possibly changed the political dynamic of the 2017 mayoral race, said Ceasar Mitchell, who was council president and a mayoral candidate last year. At the time, the council and the public knew of only two subpoenas, both of which suggested the federal inquiry was far narrower.

“I think the kinds of questions that I asked as council president, related to what was clear to me as a crisis of corruption, would have been asked earlier,” said Mitchell.

Longtime Council Member Howard Shook said withholding the subpoena impaired the council’s ability to do its job: “This is turning out to be one more activity that was being conducted behind the Iron Curtain.”

Instead, Reed’s influence remained unencumbered by the fact that the U.S. Department of Justice was scrutinizing two of the city’s largest departments, which have combined operating budgets of $700 million.

“Wow,” said Greg Lisby, a communications law professor at Georgia State University. “The only thing you can imagine, and I’m supposing here, is that there’s something more damning in those records than all the others.”

In February 2017, Reed held a highly staged news conference in front of boxes of documents and announced the release of 1.4 million pages of records related to the federal investigation in the “spirit of complete transparency.”

Among the documents made public during Reed’s press conference were an August 2016 subpoena naming Mitzi Bickers, Reed’s political consultant who has since been indicted on 11 felony counts of bribery and money laundering. Also made public was a November 2016 federal demand for records relating to a pair of contractors who are now in prison for paying bribes.

In a statement, Reed defended the decision to withhold the September subpoena on the grounds that it sought personnel information related to airport general manager Miguel Southwell and Watershed Commissioner Jo Ann Macrina, both of whom were fired by Reed.

In response to questions from the AJC and Channel 2 last week, Reed said those documents were “unrelated to the federal bribery investigation.”

In fact, the withheld subpoena came from the same grand jury investigating corruption at City Hall, and the records being sought appear related to allegations Southwell made three months earlier about political interference from City Hall over airport contracts.

Attorney: Southwell not a target

In a May 31, 2016, letter to Reed, Southwell’s attorney, Lee Parks, raised pointed questions about the timing of Southwell’s “sudden termination” 11 days earlier, and the award of lucrative contracts at the airport.

Parks alleged that senior procurement staff had taken actions that would cause contract awards to be made to “companies other than the highest-ranked bidder.”

“Those same senior officials represented that these directions were originating from the ‘second floor’ or ‘the Mayor,’” Parks wrote.

At another point, Parks said that Southwell had heard from Reed: “‘You worked in Miami. I thought you know how things worked,’” which Parks said “could only be interpreted as a blunt reference to Miami International Airport’s own long and difficult history of patronage-based awards.”

Parks declined to make his client available for an interview last week, but said “it is my understanding that (Southwell) is not a target” of the investigation.

In his statement to the AJC, Reed noted that he and Southwell issued a joint statement resolving differences over the firing on Sept. 6, 2016, three days before the subpoena was issued.

But the Sept. 9 subpoena asked for records that went well beyond Southwell and identified specific contracts and vendors that investigators wanted more information about.

It sought documents involving the city’s “ranking and/or re-ranking” of companies competing for a $12 million annual contract to manage the airport’s $6 billion construction program over five years.

It specifically named the PRAD Group Inc., whose Sandy Springs offices were raided by the FBI last year. Former PRAD executive Jeff Jafari was also named in a 2017 subpoena, which requested all contracts won by six companies associated with him.

PRAD was part of a team with Hill International that competed for the airport construction management contract, which the former airport manager believed was favored by the mayor’s administration even though it was not the highest-ranked.

PRAD Group was a political supporter of Reed and a major contributor to Mayor Keisha Lance Bottoms’ campaign. In fact, Jafari was on the host committee for a major Bottoms’ fundraising event in January 2017, just five months after the subpoena was issued. In 2012, Jafari, his wife and PRAD president George Reynolds gave $16,800 to Reed’s campaign.

Another set of records the subpoena asked for were those of an airport bid involving ATL Construction Management Partners, a joint venture of two large engineering firms: CH2M Hill and Parsons, along with a company run by Atlanta businesswoman Joy Rohadfox called Rohadfox Construction Control Services Corp.

Joy Rohadfox once had a close personal relationship with Reed, her attorney Darryl Cohen acknowledges, and she was a major supporter of his 2009 campaign for mayor. She also made a large personal loan to Reed’s 2009 campaign, which he repaid after the election.

Cohen said his client could not comment other than to say: “You are more than welcome to look at any of the contracts. Everything she has done is transparent.”

The previously undisclosed subpoena also asked for records identifying concessionaires on Concourse E, where most of the restaurants are run by two firms with close ties to Reed — Hojeij Branded Foods; and a joint venture including Jackmont Hospitality, which was founded by former Mayor Maynard Jackson, his daughter and Daniel Halpern, who was a co-chairman of Reed’s 2009 mayoral campaign.

Significantly, the subpoena also sought records involving former procurement chief Adam Smith, who is in prison after pleading guilty in September to taking at least $40,000 in bribes.

Other information was also demanded by the subpoena: the employment/disciplinary history for Smith, Southwell and Macrina; records and communications related to the city’s imaging of Southwell’s computer and city-issued cell phone; emails and text messages sent and received by Southwell; and communications between the city and the auditing firm Banks, Finley, White and Company.
Finally, the subpoena also asked for communications the city had with two other firms, global construction and engineering firm Johnson Controls, and water resources engineering firm Montgomery, Watson Harza.

Political fallout could have been big

Release of the subpoena could have had serious political repercussions for Reed, and even influenced the course of the 2017 election to replace him, political insiders said.

Reed officially endorsed Bottoms in October, but supported her long before that with verbal jabs at her opponents. Halpern, Jafari and Wassim Hojeij served on a fundraising host committee for Bottoms’ campaign before she officially qualified.

Had the subpoena been produced earlier, Reed’s endorsement “could have become the kiss of death,” Lisby said.

“If people had known the depth and breadth of the investigation, it would have been a different atmosphere at City Hall,” Fort said.

And public knowledge of the subpoena could have spurred even more scrutiny on campaign contributions.

After the FBI raided PRAD’s offices, Bottoms’ campaign returned more than $25,000 in contributions from people connected to the company. Bottoms’ campaign also returned $17,800 donated by Hojeij Branded Foods and its employees after revelations that the wife of an airport deputy general manager owns a company that does business with Hojeij. The deputy general manager has since been fired.

But individuals associated with Rohadfox gave Bottoms’ campaign at least $8,050.

Mitchell said accepting money from anyone associated with individuals or entities named in the Sept. 9 subpoena would have been “very uncomfortable.”

Morrison, the Georgia State law professor, said withholding the subpoena also protected the airport’s image — which is significant since it is one of the largest economic drivers in the state.

“This is ugly, really ugly,” Morrison said. “All this makes me want to bring my own sandwich next time I go to the airport.”