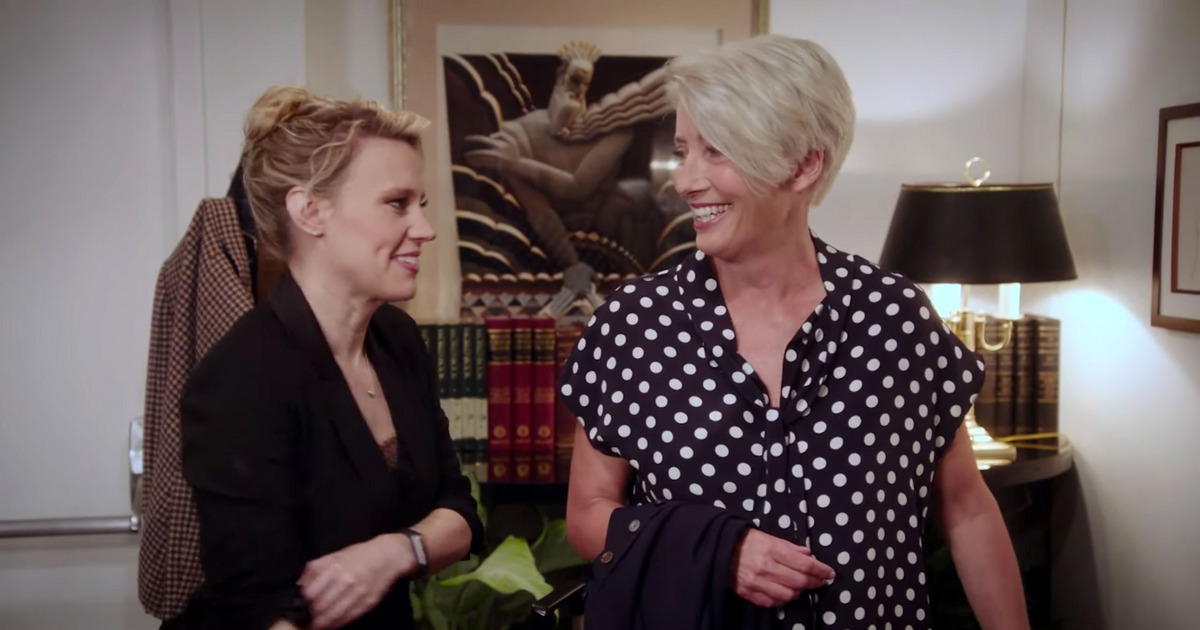 VIEW PHOTOS
NBC
Canceled or Renewed: The Fate of Every TV Show In 2019 (So Far)

On a night of hit-or-miss laughs, Emma was fully committed to every role she took on and none more than beating the crap out of Leslie Jones.

Emma Thompson is one of Britain’s most decorated actresses, and she was absolutely committed to every ridiculous thing the “Saturday Night Live” writers asked of her.

Unfortunately, the show wasn’t as consistent in its commitment to funny as Emma was to her performances. This was the definition of hit-or-miss, with several brilliantly sharp sketches and several that totally missed the mark.

Emma kicked it off very strong, though, with a little monologue assist from Tina Fey and Amy Poehler. Musical guests the Jonas Brothers slipped into another sketch later for another capable assist, while Jon Hamm was randomly on hand to help her wave goodnight at the end.

He did get a shout-out during “Weekend Update” when Pete Davidson implied hooking Jon up with his mom — who he brought out for Mother’s Day — so maybe Jon was on wish fulfillment duty. 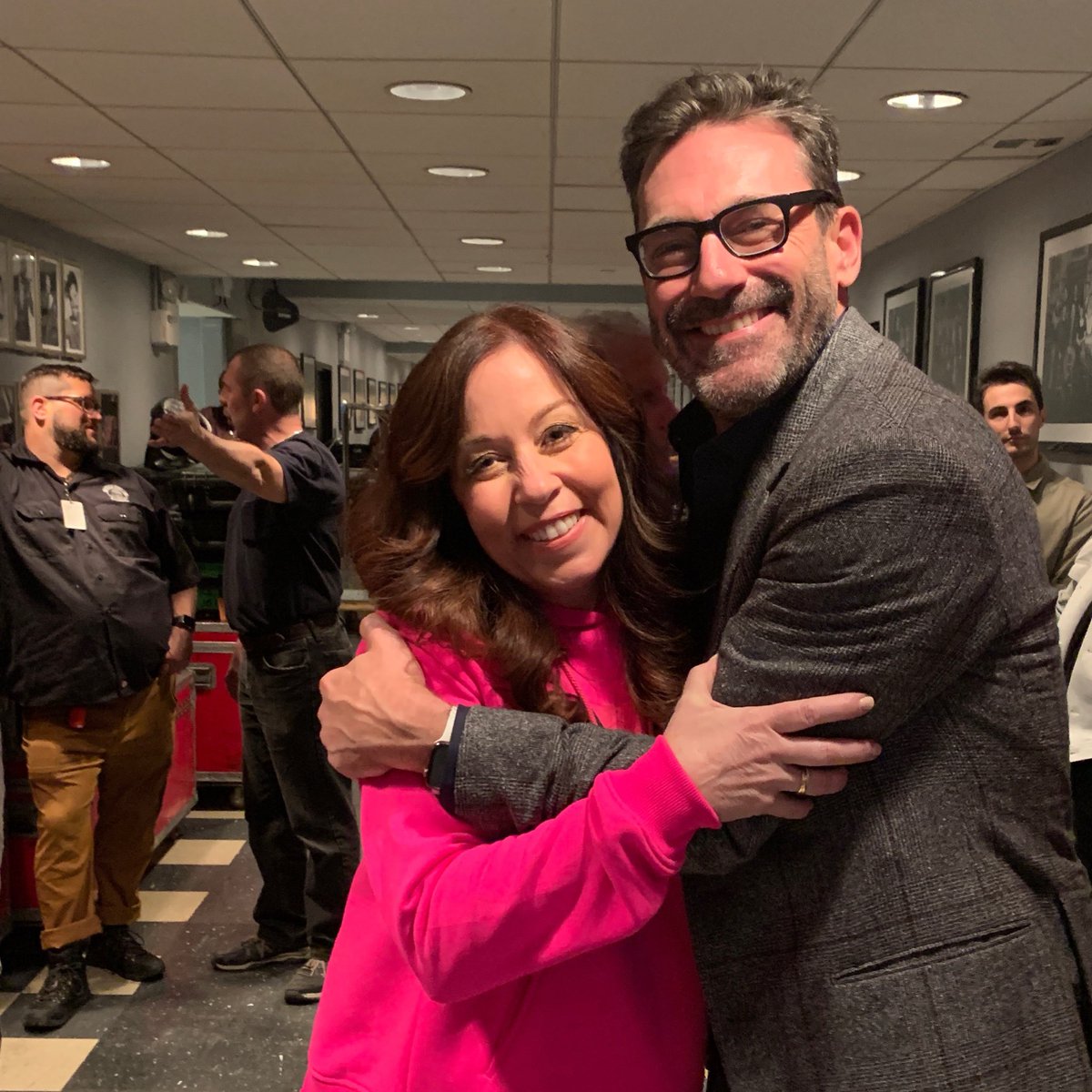 But the biggest highlight of the night for many was the revival of the Jonas Brothers, who totally stole Taylor Swift’s new-old aesthetic with brightly-colored balloons for their two performances.

After hitting fans with their smash hit “Sucker” and “Cool,” they kicked it old school, proving they still had it with a wayback classic performance of “Burnin’ Up.” Let’s just say the screams were trying to rival BTS’ appearance — while at the same time not even coming close. Sorry, boys.

As usual, we’re ranking all the sketches from worst to first, including the Cold Open, the regular “Weekend Update” segments and any sketches that were cut for time but made their way online.

Kenan Thompson brought a few extra laughs at the top and bottom of this “Cinema Classics,” and was actually consistently funnier than either Emma Thompson or Kate McKinnon as two actresses battling for the last word in a scene. Some of their lines sounded ad-libbed, but the whole concept never quite came together in a particularly funny way. And then it went on too long and got a little boring.

That Shouldn’t Be There

Kyle Mooney hosts a fake show that spotlights continuity errors in Hollywood, riffing off of the coffee cup incident on “Game of Thrones” last week. Let’s just say they went extreme, including a laptop and worse on “Shakespeare in Love.” And for the explanation as to how those errors were left in, well Harvey Weinstein was apparently a bit of a distraction. Honestly, it would have been funnier if the mistakes had been more clever or insidious rather than over-the-top and obvious.

Not sure about the ending of this one, which was a riff on bad guests on talk shows. It was as if Danielle Bregoli (Ego Nwodim was her analog here) was actually just a scared little kid who needed some strong guidance and people to understand her. Oh, and her issues were so transparent that everyone does know her. Then it got weird when Emma Thompson showed up as not-a-doctor and we learned just where Ego’s Ray-Ray got some of her attitude.

What happens when you have one joke and you stretch it way too thin? That’s what happened here as Kyle Mooney’s Chuck Todd spoke with three senators about what it might take for them to abandon their support of Trump. Kate McKinnon was surprisingly subdued as Lindsey Graham, while Beck Bennett’s Mitch McConnell wasn’t quite there, leaving Cecily Strong to steal the show with her hilariusly nebbish Susan Collins.

19 Remakes and Reboots Coming in 2019 That Actually Look Good

The recap of the episode by judges Emma Thompson, Alex Moffat and Aidy Bryant included divorce papers, a kitten in a bun and a foul-mouthed steak so this one started off extremely weird. It also continued very weird and then ended weird. It was like an exercise in random that could have worked if they’d given it any sort of focus at all. That said, the kitten was pretty cute and Melissa Villasenor and Leslie Jones were fun acting out the antics the judges described as the last two contestants.

Beauty and the Beast

In which we learn that the Beast (Beck Bennett) hits the gym in his castle to work with weights Kenan Thompson, Melissa Villasenor and Kyle Mooney to embarrass him in front of Belle (Cecily Strong), but then we learn about Mrs. Potts’ (Emma Thompson) illegitimate child (Pete Davidson) and the whole thing goes bonkers. And guys, we didn’t need the explanation for how that whole arrangement worked. Thanks! This was more weird than funny, but it had its moments.

Extreme British athletes need an extreme tea to keep them energized. That’s what this fake ad was all about. It was just going to be cute until we learned how to make the tea on the go with a custom sport cup, and then Kenan Thompson got an entire cooler of it dumped on his head after a nice croquette shot. As Paris Hilton would have said, “That’s hot.” Ridiculous, but still kind of funny.

Colin Jost and Michael Che kicked off the “Update” with the giggles before laughing even harder about how much money Trump lost in that NYT article. They then took some jabs at Mitch McConnell, Trump’s nonsensical Florida panhandle speech and a particularly hurtful poke at Melania Trump’s Be Best anti-bullying campaign. That really hurt our feelings, Colin.

Heidi Gardner returned as teen movie critic Bailey who had a real problem with “Aladdin” because lamps don’t look like that and she’s never seen stuff like that happen in real life. But … um … does she have a crush on Detective Pikachu? She wrapped her segment by saying, “Believe Constance Wu,” which was about as random and confusing as Wu’s initial and follow-up statements regarding her thoughts on “Fresh Off the Boat” getting renewed.

Mother’s Day, “a holiday that Georgia is trying to make mandatory,” was a savage kickoff to the non-DC news segment. They then trashed Facebook’s new secret crush element and dealt with a very rowdy crowd through Newark jokes and an “I Eat A–” bumper sticker.

Emma Thompson offered up a Mother’s Day language lesson to teach the audience mother-speak, with the aid of Tina Fey and Amy Poehler in a not-so-thinly veiled plug for their new Netflix movie, “Wine Country.” Subtle? Not at all. What followed was a masterfully presented rapid-fire diatribe on motherhood, love and laughter with a sweet tribute to their own children. It also set the stage with confidence, as Emma absolutely killed every moment of this, keeping stride with two comedy masters.

The only thing better than one sassy judge is … three? Even better Emma Thompson, Kate McKinnon and Aidy Bryant are totally incompetent. People randomly go to jail, they get way, way too personal about how they’ve helped each other and they even presided over the Jonas Brothers for a pretty serious crime. Aidy stole the show on this one, but all three ladies were clearly having a blast being stupid and it was an infectious kind of fun.

We’ve seen this schtick before, an exploration of our tendency to look back with fondness and rose-colored glasses at things that just weren’t all that great at the time. In this case, it was Emma Thompson lying to Heidi Gardner about how great it was all the time raising her. It was another sweet Mother’s Day tribute that kept the focus consistently on all the incredible challenges mothers survived and miraculously loved their children through anyway. Funny and sweet, “SNL” has found the perfect balance for this particular approach to comedic sincerity.

Okay, this one simply got funnier and funnier as it went along and Emma Thompson’s etiquette coach violently assaulted Leslie Jones, trying to teach her how to behave properly at a royal Christening. Leslie was playing a cousin of Meghan Markle, and it was a role reversal than we usually see from her, as she was totally the victim of aggression. After a slightly awkward start, Leslie played it really well and the pairing was brilliantly funny.

‘SNL’ Star Claims He Broke His Neck During Sketch

PLAYER OF THE WEEK

It was a surprisingly disjointed night, but we did get some truly inspired performances. Cecily Strong killed it as Susan Collins in the cold open while Aidy cracked us up as an incompetent judge.

Heidi had two strong outings as a stressed out mother and her teen movie critic, while Kenan found extra laughs with Reese De’What that proved funnier than his “classic cinema” presentation.

But the biggest laughs of the night definitely came from Leslie Jones getting slapped around by Emma Thompson’s etiquette coach, as well as shooting Melissa and making a kitten sandwich. For total commitment equaling Emma’s throughout the night, we have to give it to Leslie this week.

Got a story or a tip for us? Email TooFab editors at tips@toofab.com.