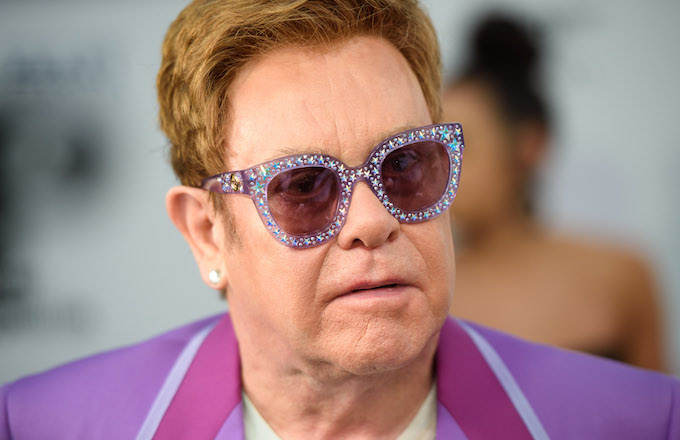 In his new memoir titled Me, Elton John opens up on how his perception towards Michael Jackson changed following his early interactions with the King of Pop, confessing that he thought the singer was “genuinely mentally ill”...
by Zach Freeman October 13, 2019 164 Views

In his new memoir titled Me, Elton John opens up on how his perception towards Michael Jackson changed following his early interactions with the King of Pop, confessing that he thought the singer was “genuinely mentally ill” in his latter years, TMZ reports.

“I’d known Michael since he was 13 or 14 … He was just the most adorable kid you could imagine,” Elton reportedly writes. “But at some point in the intervening years, he started sequestering himself away from the world, and away from reality the way Elvis Presley did.”ADVERTISING

Elton goes on to subconsciously associate Jackson’s alleged mental state later on in his life with either an unknown condition “going on in his head” or a prescription drug issue he allegedly dealt with. Whatever it may have been, John doesn’t pull any punches when he claims MJ “totally lost his marbles.”

“God knows what was going on in his head, and God knows what prescription drugs he was being pumped full of, but every time I saw him in his later years I came away thinking the poor guy had totally lost his marbles,” Elton continues. “I don’t mean that in the light-hearted way. He was genuinely mentally ill, a disturbing person to be around.” John also writes that Jackson “couldn’t seem to cope with adult company at all.”

While John comes across as shrewd in his observations of Jackson, he’s just as callous when assessing his own battles with sobriety in his memoir and subsequent interviews promoting the book’s release.

Earlier this year, the musical biopic Rocketman was released and told John’s story, but only in broad strokes. His memoirappears to venture further in the weeds, detailing his personal battles and eventual successes as he has been sober for 29 years now.

Me comes out on October 15.