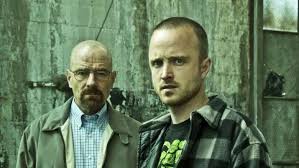 BREAKING BAD movie El Camino may have its first look at Jesse Pinkman instills that could tease Walter White’s return.

It’s less than a month until Breaking Bad movie El Camino hits Netflix. However, very little is known about the secretive project except that it’s set after the hit TV series and focuses on Aaron Paul’s Jesse Pinkman. The first teaser trailer only features the meth cook’s friend Skinny Pete, telling the police he didn’t know of Jesse’s whereabouts. But now what may be the first look at Paul’s character has been shared on Omaze.