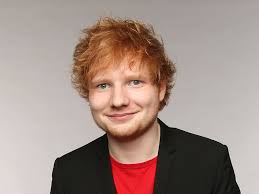 Ed Sheeran gets a Perfect gospel makeover for Easter

British Gospel/pop artist Philippa Hanna has taken the Christmas Number 1 ‘Perfect’, giving the song another festive twist ahead of Easter with an inspired worship-cover. Attracting over 200,000 shares...
by Zach Freeman March 22, 2018 539 Views

British Gospel/pop artist Philippa Hanna has taken the Christmas Number 1 ‘Perfect’, giving the song another festive twist ahead of Easter with an inspired worship-cover. Attracting over 200,000 shares in the past couple of days, the video has gone well and truly viral with over 6 million views!

Philippa met Ed Sheeran in 2016 when touring with mutual friends Little Mix around Europe having been a fan of his since before he hit the big time. The Sheffield-based singer-songwriter has released 5 independent albums since 2007, and opened on major tours for Lionel Richie, Leona Lewis & Anastacia singing her own brand of inspirational faith-filled music. Tickets.

Since the 1st January, Philippa has been posting daily videos as part of her Inspiration 365 YouTube series. ‘Perfect Grace’ is the first worship-cover that Philippa has shared.

‘I have a habit of doing gospel makeovers of pop songs in my head just for fun. Usually its a bit daft and I’d never think of singing it out loud (haha). But this time I couldn’t let go of this idea’

Alongside this, Philippa has just dropped her next music video (below) from her chart topping album Come Back Fighting having gained support from Bob Harris (BBC Radio 2), and a live session on Good Morning Sunday.

Philippa Hanna is also embarking on a UK solo tour in April:

Tickets on sale through our official partner Ticketmaster.

400,000 smoke detectors recalled for not detecting smoke…Here’s the model numbers