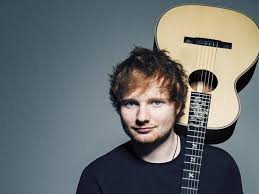 Before Ed Sheeran returned to the public eye with his record-breaking album Divide in March 2017, he took a year-long career and social media break. And while he initially said that he’d taken the...
by Joy Smith October 20, 2017 601 Views

Before Ed Sheeran returned to the public eye with his record-breaking album Divide in March 2017, he took a year-long career and social media break. And while he initially said that he’d taken the time off to travel and not be a celebrity, he’s now revealing that he also needed to step away to proactively fend off a substance abuse problem.

“I think you need to, when you get into the industry, adjust to it — and I didn’t adjust because I was constantly working on tour,” Sheeran said in a chat for an upcoming episode of The Jonathan Ross Show, according to People. “And all the pitfalls that people read about, I just found myself slipping into all of them. Mostly, like, substance abuse. I never touched anything. I started slipping into it, and that’s why I took a year off and buggered off.”

The “Shape of You” singer continued: “I didn’t really notice it was happening. It just started gradually happening, and then some people took me to one side and were like, ‘Calm yourself down.’ It’s all fun to begin with, it all starts off as a party, and then you’re doing it on your own and it’s not, so that was a wake-up call and taking a year off.”

Sheeran has recently been forced into more downtime: He had to cancel a handful of tour dates after fracturing both of his arms in a bicycle accident. While the time off won’t be as long or as removed from the public eye, there’s no doubt that he is already looking forward to getting back to playing music — he says it’s what helped keep him grounded during his previous year off. Sheeran also counts himself lucky to have had girlfriend Cherry Seaborn by his side to get him through his rougher days. “We live together now, and I think that was a real help grounding me,” he reportedly said. “I was a 25-year-old in the music industry on tour, so I just needed someone to balance me out.”

Kudos to Sheeran for being proactive with his health — and all the best on a speedy recovery for his arms!