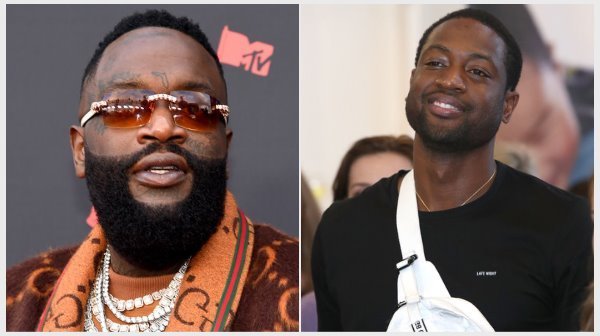 Dwyane Wade, Rick Ross Want to Own an NFL Team

*Dwyane Wade admits that his heart still resides in the sporting world, as the recently retired NBA star has revealed he’s open to owning a team in the NFL.In a...
by Raquel Jayson September 15, 2019 234 Views

*Dwyane Wade admits that his heart still resides in the sporting world, as the recently retired NBA star has revealed he’s open to owning a team in the NFL.In a conversation with Rick Ross for GQ, the two celebs chop it up about buying a team from an ownership group looking to cash out, per Complex.

Adding,  “I go in with, ‘Hey, if I’m gonna do this, I need this opened up for others.’ I don’t want to be the only one at the table,” he said. “I never want to be the only one eating well. I want other people at the table, so I can have a great conversation with everybody and everybody doing well.”“So for me, if that opportunity ever presents itself, I would do it, but I need the ability to be able to bring some others with me, so once we get in there, whatever change, whatever we’ve been talking about, we can do it together,” he continued. “We can create this, we’re stronger in numbers than we are by ourselves, so that’s the only way I would do it. But I would love to.”

With the reported turmoil going on behind the scenes with his hometown team the Dolphins, Ross would love the capital to buy up the team. He recently spoke out against Dolphins owner Stephen Ross for being a Donald Trump supporter.

“You know, it’s been rough with me and the Dolphins for years. But, Stephen Ross, he isn’t surprising anybody,” Ross said. “No, black young kids in the community ever got invited to the football games. I’m a Dolphin because my [of] loyalty to the city. But, to the front office? Nah.”

Trump Came For Joy Reid, But Black Twitter Got Him All The Way Together