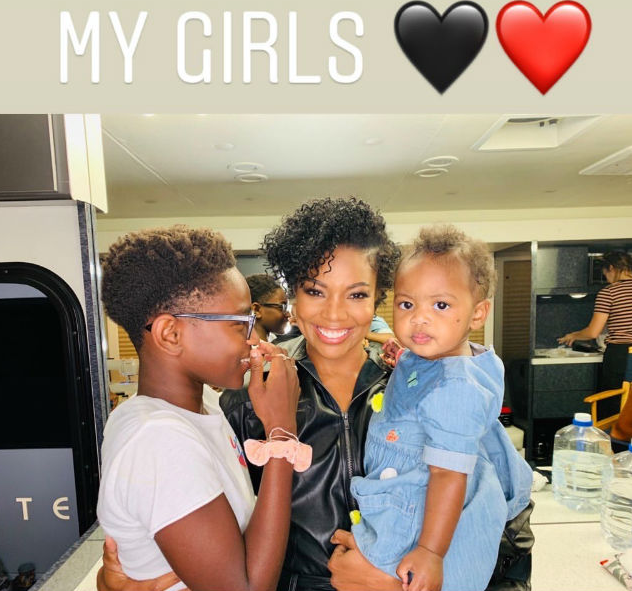 POST AFTER BACKLASH ON REFERRING TO SON ZION AS A ‘GIRL’ (PIC + TWEETS) Dwyane Wade is an extremely proud and supportive father of all of his children. The...
by Zach Freeman October 16, 2019 485 Views

Dwyane Wade is an extremely proud and supportive father of all of his children. The former Miami Heat legend recently took to Instagram and posted a photo that showed his son, Zion Wade, along with his wife Gabrielle Union and daughter Kaavia Wade. “My girls,” the celebrity father captioned of the Instagram story post.

A bunch of people did not appreciate Dwyane Wade’s reference to Zion as a girl.

“He’s calling him a girl,” one critic said of the caption. “[Zion is] like 11-years-old,” the commenter noted.

It was just a few months ago that Zion Wade had the support of his family at the Miami Gay PRIDE parade. Dwyane and Gabrielle took several pictures with Zion to capture the essence of the day.

“I don’t really talk about it much because it’s Zion’s story to tell,” Dwyane shared during an interview with Variety. “I think as a family, we should support each other,” he added. “That’s our job.”

“And my job as a father is to facilitate their lives and to support them and be behind them in whatever they want to do. So the same effort that I’m going to put into Zaire Wade wanting to be a basketball player, [making sure] he has the right trainers, eats right and has the right time with me on the basketball floor, is the same time I give Zion with the things he wants to do.”