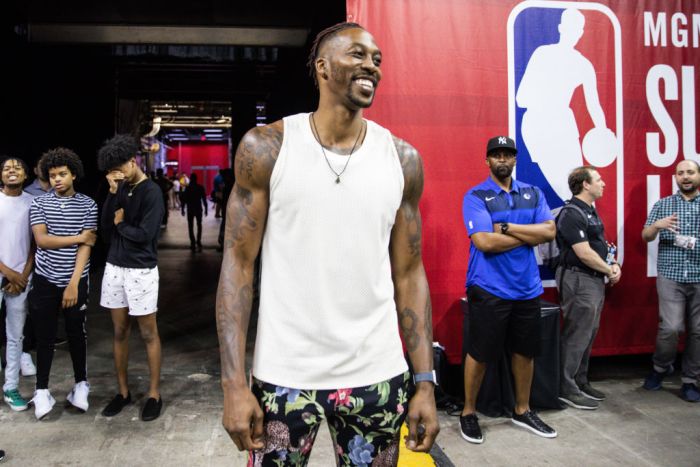 In love and basketball news… Dwight Howard Engaged To Te’a Cooper Dwight Howard is confirming what’s been speculated for months, he’s about to be a married man. The baller whose...
by Jasmin Williams September 12, 2019 417 Views

In love and basketball news…

Dwight Howard is confirming what’s been speculated for months, he’s about to be a married man. The baller whose been in headlines for being embroiled in a messy $10 million same-sex scandalis finding love with a young woman.

Last year the basketball player was linked to college basketball star Te’a Cooper who was 20-years-old at the time. Now Dwight, 33, is confirming that he and Te’a, 21, are engaged.

On a social media post where Dwight called Te’a “mine”, he also told a fan that he and the college student are hubby and wife to be.

Te’a’s been quietly making appearances with Dwight. Just last month she was spotted with him at Red Bull’s celebration of Lindsey Vonn in Los Angeles.

Dwight’s personal life is constantly in the news if you can recall the basketball star has at least five children with five different women.

After The Calm Comes The Sheard