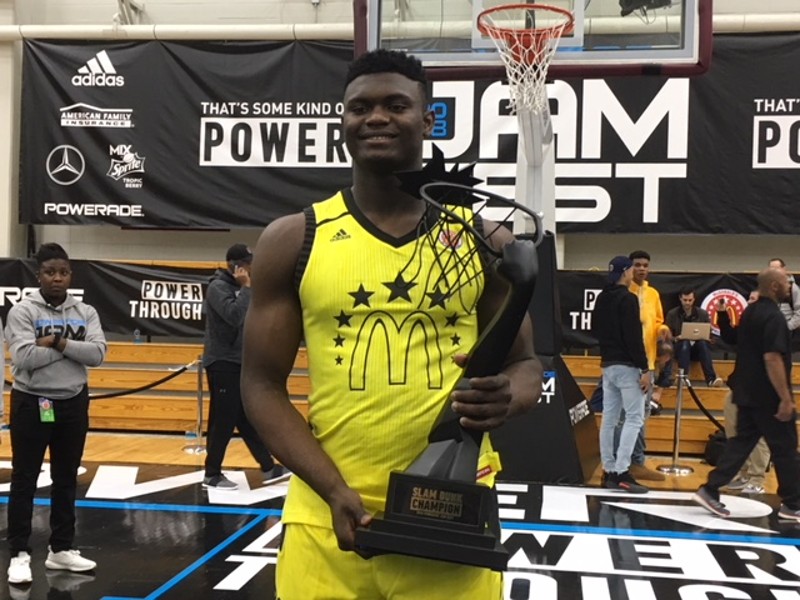 We’ve got something to (hopefully) tide you over: A way-too-early poll for next season. A lot can change between now and then – players go pro, transfer, get hurt...
by Zach Freeman April 3, 2018 429 Views 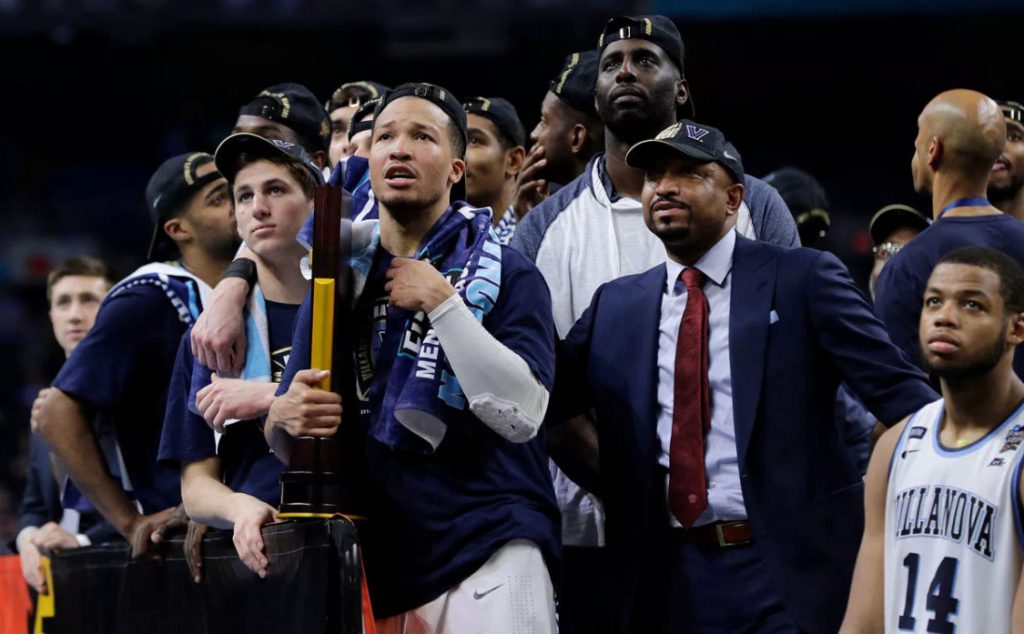 We’ve got something to (hopefully) tide you over: A way-too-early poll for next season.

A lot can change between now and then – players go pro, transfer, get hurt – so this is just a best-guess on what we know now:

1. Duke. Marvin Bagley III and Grayson Allen are gone, Wendell Carter Jr. and Trevon Duval could join them. Even so, there’s enough coming back and Coach K has another stellar recruiting class coming in, headed by dunking dynamo Zion Williamson.

2. Kansas. The Jayhawks reached the Final Four in a season they weren’t even supposed to win the Big 12 title. Even with Devonte’ Graham gone, there’s plenty coming back especially if Malik Newman remains in Lawrence and more five-star help on the way.

3. Villanova. A lot will depend on whether Jalen Brunson, Mikal Bridges and Omari Spellman leave for the NBA. Either way, the Wildcats will be reigning champions and have breakout star Donte DiVincenzo.

4. Kentucky. As is always the case, lots of decisions await at Lexington. If a few players return, coach John Calipari’s Wildcats will no longer be the youngest team around.

5. North Carolina. The losses of Joel Berry II and Theo Pinson will be tough. The addition of five-star freshman Nassir Little as part of UNC’s best recruiting class in years with Luke Maye, Cameron Johnson and Kenny Williams will keep the Tar Heels among the elite.

6. Gonzaga. The Zags have a strong core coming back in Zach Norvell, Rui Hashimuru and Killian Tillie. The addition of San Jose State transfer Brandon Clarke gives them a defensive presence.

7. Auburn. The Tigers won the Southeastern Conference regular-season title and have nearly everyone coming back. A deep March run could be on the horizon.

8. Virginia. The loss to No. 16 seed UMBC stings, and the Cavaliers surely will use it as motivation. There’s also a nice core of players returning, even with the departures of Devon Hall and Isaiah Wilkins.

9. Tennessee. The Vols were one of the nation’s biggest surprises in 2017-18 and have nearly everyone back, including SEC player of the year Grant Williams.

10. Nevada. The Wolf Pack took a big step in coach Eric Musselman’s third season. Another such step could follow, with twins Caleb and Cody Martin back and more transfers on the way.

11. Michigan State. The loss of Miles Bridges and potentially Jaren Jackson Jr. is tough, but Cassius Winston could emerge as a Big Ten player of year candidate.

12. Louisville. Former Xavier coach Chris Mack inherits a lot of talent and he’s been hitting the recruiting trail hard. Expect a bounce back from the Cardinals.

13. Oregon. The Ducks could be looking at a return to the NCAA Tournament with a top-five recruiting class, headed by big man Bol Bol – son of ex-NBA star Manute Bol – joining Payton Pritchard and Troy Brown.

14. Michigan. The national runner-up may lose Moe Wagner and Charles Matthews to the NBA draft. If those two return, No. 14 could be a bit low.

15. Kansas State. The Wildcats are expected to retain everyone from a team that reached the Elite Eight.

16. Virginia Tech. Losing Justin Bibbs is not easy, but Buzz Williams has the kind of roster that could make some ACC noise.

17. West Virginia. Jevon Carter’s graduation may be the biggest blow any team takes heading into next season. But the Mountaineers always play tough and Bob Huggins always wrings out the best in everyone.

18. LSU. Will Wade signed the sort of recruiting class that can be an immediate course changer.

19. Maryland. Some key losses, but also some key returnees to team with a strong recruiting class to potentially keep the Terps in the Big Ten race.

20. Mississippi State. The Bulldogs won 25 games last season and have talent across the board for 2018-19.

21. Florida. The Gators lose a lot, particularly point guard Chris Chiozza, but Mike White has a super recruiting class coming in and Jalen Hudson coming back.

23. Arizona State. The Sun Devils’ guard trio of Tra Holder, Kodi Justice and Shannon Evans II are gone. Transfers Zylan Cheatham and Rob Edwards will be around, joined by a strong recruiting class.

24. Florida State. The Seminoles made a deep NCAA run ahead of schedule this season and can turn to high-scoring Terance Mann.

25. Loyola-Chicago. The Ramblers were counted out throughout the NCAA Tournament. That shouldn’t happen again after a Final Four run.

The hidden crisis on college campuses: 36 percent of students don’t have enough to eat