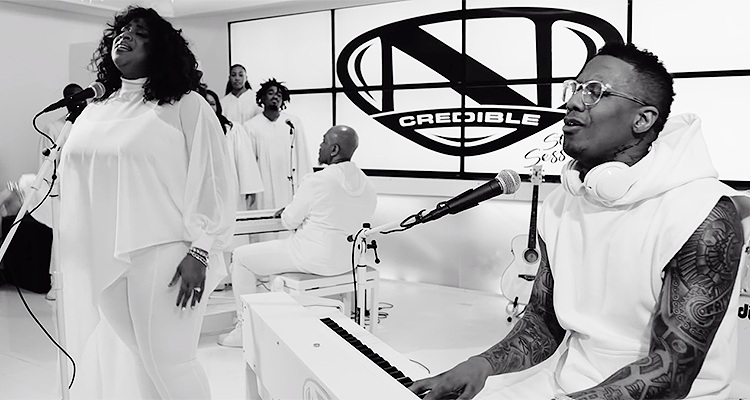 On Good Friday, Nick Cannon has released the music video for “No Weapon,” featuring gospel singerKierra Sheard. Supported by a choir, the duo wear all white while singing the Fred Hammond‘s gospel classic.

“Good Friday! No weapon that is formed against thee shall prosper. Thanks to @KierraSheard [for] coming through and blessing us all with an Ncredible Session!” Nick tweeted.

Fans weren’t sure what to expect from the duet since Sheard is a notable Grammy-winning singer and Nick has a history as a rapper. Some were shocked to find Nick playing the piano in the music video, while exchanging vocals with Sheard.

“This isn’t what I thought this was going to sound like. But God is good. And I didn’t know Nick could play a lick of an instrument. And Ki was SANGING. And ministering!,” one fan tweeted.

Nick and Kierra’s “No Weapon” rendition will be featured in the upcoming film, She-Ball, written, directed and starring Nick. Cannon plays Avery Watts in the movie, a single father who lost his NBA dreams to gang violence, according to a press release. Watts then enlists in a women’s street basketball league to help save a community center in Inglewood, California.