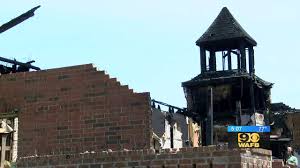 Donations to restore three historically black churches torched in alleged arson attacks in Louisiana are pouring in after high profile figures like Hillary Clinton asked the public to remember them too when more than $700 million was quickly raised to restore the famed Notre Dame cathedral in France.

“As we hold Paris in our thoughts today, let’s also send some love to our neighbors in Louisiana. Three historically black churches have burned in recent weeks, charring buildings and scattering communities,” Clinton tweeted Tuesday with a link to a GoFundMe campaignthat had initially been struggling to raise the $1.8 million needed to restore the three churches.

The rebuild of Notre Dame will be well funded.

In the past month, three historically black churches in Louisiana were destroyed by a racist arsonist. He has been charged with hate crimes, but these churches need your help. Please join me in donating http://bit.ly/2VQ2ing

Three historically black churches have burned in less than two weeks in one south Louisiana parish, where officials said they had found “suspicious elements” in each case. The officials have not ru…

29.7K people are talking about this

Mount Pleasant Baptist Church became the third historically black church over 100 years old to burn down in St. Landry Parish, in a span of 10 days earlier this month. St. Mary’s Baptist Church was the first reported church fire on March 26 and Greater Union Baptist Church went up in flames a week later.

Last Wednesday, the Seventh District Baptist Association, a 149-year-old nonprofit religious organization, launched the GoFundMe campaign seeking to raise the $1.8 million to evenly distribute between the three churches to help them rebuild. On Monday morning, even after retired Christian New Orleans Saints tight end Benjamin Watson, urged his supporters on Twitter over the weekend to support it, only about $60,000 had been raised.

“It is imperative that we show this community and the entire country that these types of acts do not represent who we are. And most importantly as the body of Christ, we suffer alongside our brothers and sisters whenever tragedy, persecution or loss happens,” he noted in one of several tweets on the church fires.

It was a tweet from journalist Yashar Ali on Tuesday, as the world mourned over the Notre Dame, that sparked donations from liberals and conservatives alike.

“The rebuild of Notre Dame will be well funded. In the past month, three historically black churches in Louisiana were destroyed by a racist arsonist. He has been charged with hate crimes, but these churches need your help. Please join me in donating,” Ali wrote.

The campaign has since gone viral and as of Wednesday morning has galloped beyond the $1 million mark.

In an op-ed in The Washington Post on Tuesday, identity politics reporter Eugene Scott highlighted criticism being shared on social media that while both President Donald Trump and Vice President Mike Pence had quickly issued statements on the Notre Dame fire, none of them said anything about the burning of the historic black churches in Louisiana.

“Notre Dame is an iconic symbol of faith to people all over the world – and it is heartbreaking to see a house of God in flames. Our thoughts and prayers are with the firefighters on the scene and all the people of Paris,” Pence tweeted Monday.

Pence was quickly called out by many for his silence on the burning of the black churches, including Air Force veteran Michelle Tolosky who replied: “Four Black Churches were recently set on fire by a white supremacist in Louisiana. What’s the matter, aren’t those churches ‘Christian’ enough for you to even warrant a comment to the congregations & our Nation who is under seige by Domestic Terrorists? #Hypocrite #FakeChristian.”

Since the publication of The Washington Post’s op-ed, Alyssa Farah, a spokeswoman for Pence, released a statement on the burning of the black churches. 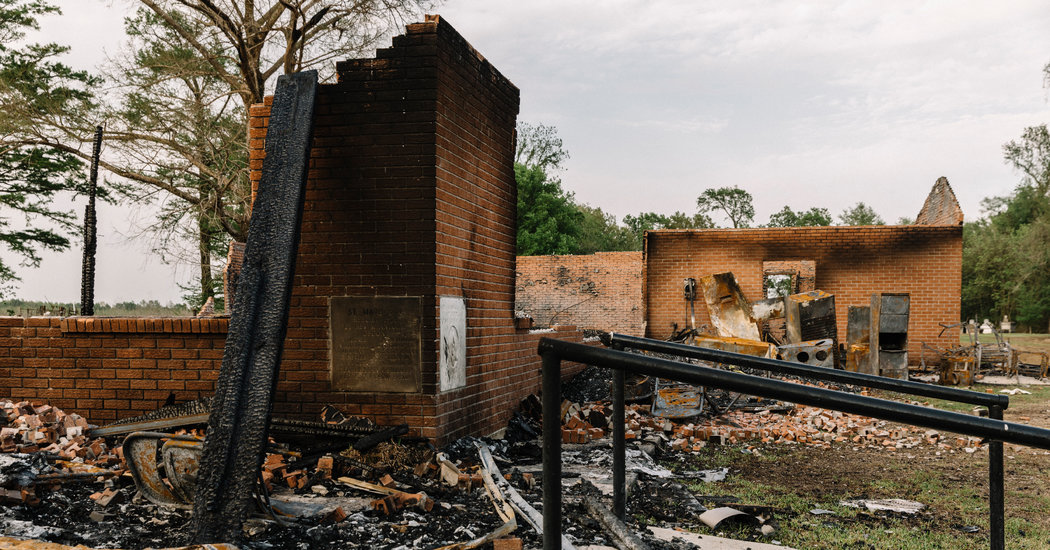 “When tragedy strikes in places of worship, people of all faiths unite. Our hearts go out to the members of the congregations of Mount Pleasant Baptist Church, St. Mary’s Baptist Church, and Greater Union Baptist Church who were victims of arson. No one should be in fear in a house of worship. Justice must be carried out on the perpetrator,” the statement said.

Holden Matthews, the 21-year-old son of a sheriff’s deputy with alleged ties to Satanism, was charged with burning down the three historically black churches in southern Louisiana. He allegedly used a secondary Facebook account to claim Baptist worshipers were “brainwashed people” days before his arrest.

According to The Acadiana Advocate, Matthews used his secondary account to comment on April 6 about “Afrikan spirituality,” saying he “can’t stand all these Baptists around here, bunch of brainwashed people trying to find happiness in a religion that was forced on their ancestors just as it was on mine. I wish more blacks people would look into ancient beliefs of pre Christian Africa.” On Monday, Holden, who was charged with three counts of arson, was further charged with three hate-crimes, according to St. Landry Parish District Attorney Earl Taylor. In Louisiana, hate crimes include offenses perpetrated against an individual because of their race, sexual orientation, national origin, disability or other protected status.

Sunday’s Best is coming back on BET this summer with new judges! Check it out!