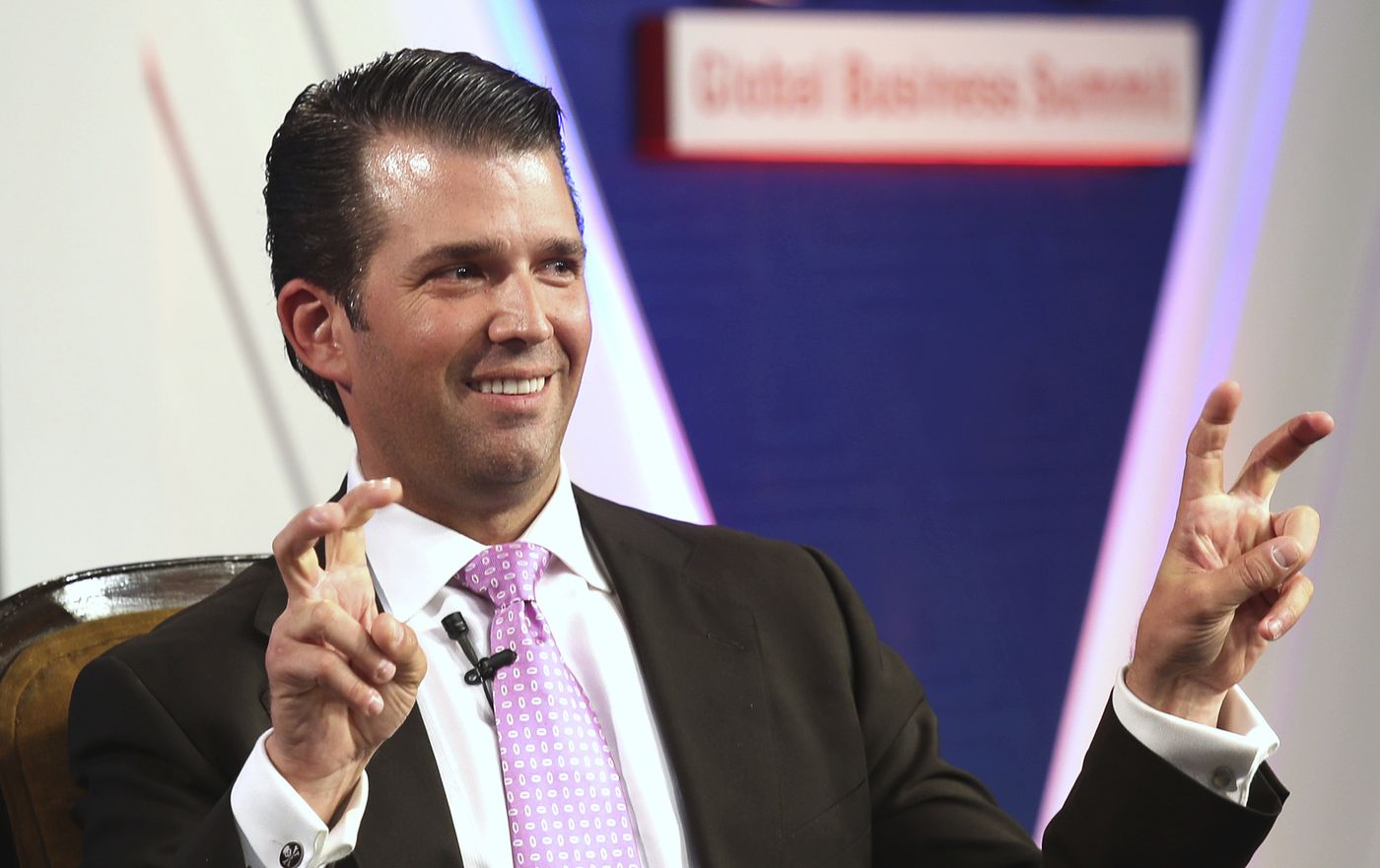 Donald Trump Jr. mocks woman who said she was assaulted by Brett Kavanaugh

Donald Trump Jr. posted a picture of a childish love letter, drawn in crayon, to Instagram in an attempt to belittle the sexual assault allegations against Supreme Court nominee...
by Raquel Jayson September 18, 2018 406 Views

Donald Trump Jr. posted a picture of a childish love letter, drawn in crayon, to Instagram in an attempt to belittle the sexual assault allegations against Supreme Court nominee Brett Kavanaugh as “usual nonsense games” from Democrats.

The photo — titled “Judge Kavanaugh’s sexual assault letter found by Dems…” — showed a message, like one kids might pass in class, that read, “Hi Cindy, will you be my girlfriend? Love, Bret.”

“Oh boy… the Dems and their usual nonsense games really have him on the ropes now. Finestein (sic) had the letter in July and saved it for the eve of his vote… honorable as always. I believe this is a copy for full transparency. 🤣🇺🇸🤣🇺🇸🤣 #politics #maga” the president’s son wrote in a caption on Instagram this weekend, addressing his 1.3 million followers.

The post made light of the shocking allegations this weekend by Dr. Christine Blasey Ford, a 51-year-old psychology professor in California, who came forward to accuse Kavanaugh of sexually assaulting her at a high school party in 1982. She told the Washington Post that she was 15 at the time of the alleged attack, which derailed her “substantially for four or five years.”

Ford told the Post that Kavanaugh pushed her into a bedroom, threw himself on top of her, and tried to remove her clothes. He allegedly put his hand over her mouth when she tried to scream. But she said she managed to get free and lock herself in the bathroom.

In this weekend’s Instagram post, Trump Jr., incorrectly spelling the name of California Sen. Dianne Feinstein, a senior Democrat on the Senate Judiciary Committee, responsible for recommending Kavanaugh to the Senate for a full confirmation vote. The president’s son also highlighted that Feinstein knew about the allegations — in the form of a letter sent to her by Ford — since July but kept them confidential at Ford’s request.