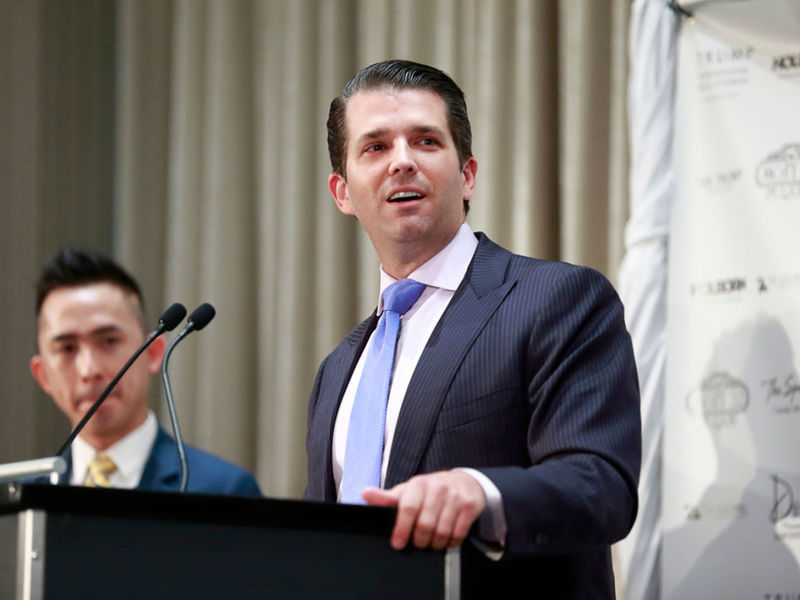 “Trump has arrived. Have you?” shout the barrage of glossy front-page advertisements in almost every major Indian newspaper. The ads, which have run repeatedly in the past few...
by Katricia Brown February 20, 2018 492 Views

“Trump has arrived. Have you?” shout the barrage of glossy front-page advertisements in almost every major Indian newspaper. 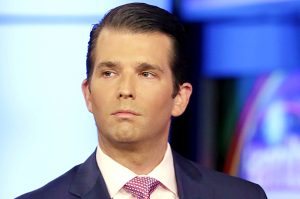 The ads, which have run repeatedly in the past few days, herald the arrival not of the American president but of his eldest son, Donald Trump Jr., who is in New Delhi to sell luxury apartments and lavish attention on wealthy Indians who have already bought units in a Trump-branded development outside the Indian capital.

The newspaper ads promise that buyers who order apartments in the development by Thursday will get “a conversation and dinner” with Trump Jr. a day later.

President Trump has pledged to avoid any new foreign business deals during his term in office to avoid potential ethical conflicts. While the projects that Trump Jr. is promoting in India were inked before his father was elected, ethics experts have long seen the use of the Trump name to promote even existing business ventures as tricky territory.

The distinction between old and new projects can be hazy, they note, and new deals can be shoehorned into old.

Mehta came to notice soon after President Trump’s November election victory, when pictures of him and two other Trump Indian real estate partners with the president-elect in New York made a big splash in Indian and American media.

Later in the week, he is scheduled to make a speech about Indo-Pacific relations at a New Delhi business summit, sharing the stage with Prime Minister Narendra Modi.

In Gurgaon, the sprawling and ever-growing New Delhi satellite city where a new Trump Towers will eventually rise, the construction site is just mountains of dirt and unruly shrubbery, one of many residential projects yet to be built.

For miles upon miles, the landscape is little more than tin-roofed huts for construction laborers and tiny makeshift food shacks to keep them fed.

And while there’s almost nothing at the Trump construction site, a handful of burly guards enthusiastically insisted on keeping journalists out of the area.

The Trump Organization has licensing agreements with all its Indian business partners, who build the properties and acquire the Trump name in exchange for a fee. The organization has five projects in India, making it the brand’s largest market outside the United States. A luxury complex is already open in the central city of Pune, with other developments in varying stages of construction in the coastal cities of Mumbai and Kolkata, and two in a chrome-and-glass New Delhi suburb, Gurgaon.

The apartments are expensive — though not outrageously so in the overheated real estate world of India’s wealthy elite. An apartment in the Trump Towers complex in Gurgaon runs between $775,000 and $1.5 million.

The rest of the details of Donald Trump Jr.’s itinerary are hazy despite repeated emails to the Trump Organization and its Indian partner Tribeca. However, local media have reported that he is slated to visit other Trump projects across India.

On Wednesday he is expected to be in the eastern city of Kolkata to promote luxury housing bearing his family name there. On Thursday he will be in India’s business capital, Mumbai, where he is to quaff champagne with the city’s elite at a reception hosted by the Lodha Group, the real estate company that is building the golden-hued Trump Tower there.

Trump slams Oprah, hopes to see her 2020 run to ‘expose and defeat’

How to recognize the warning signs of flu complications