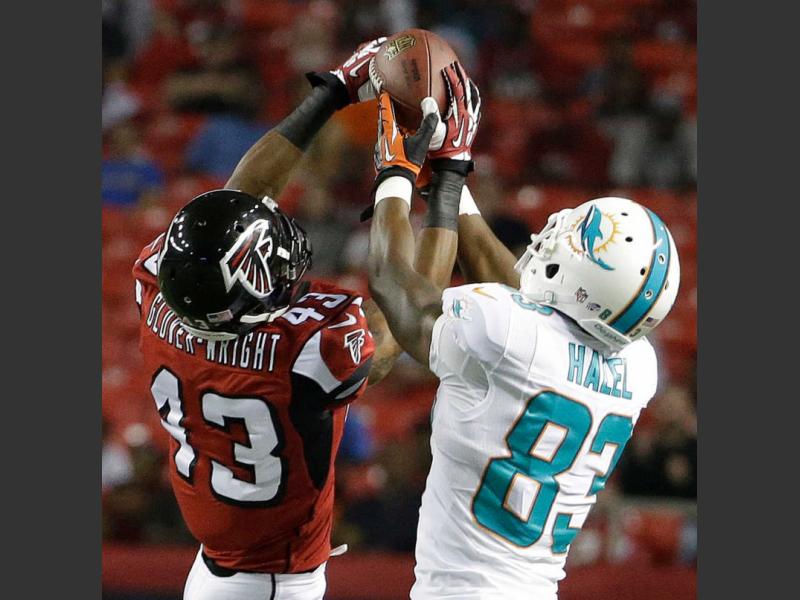 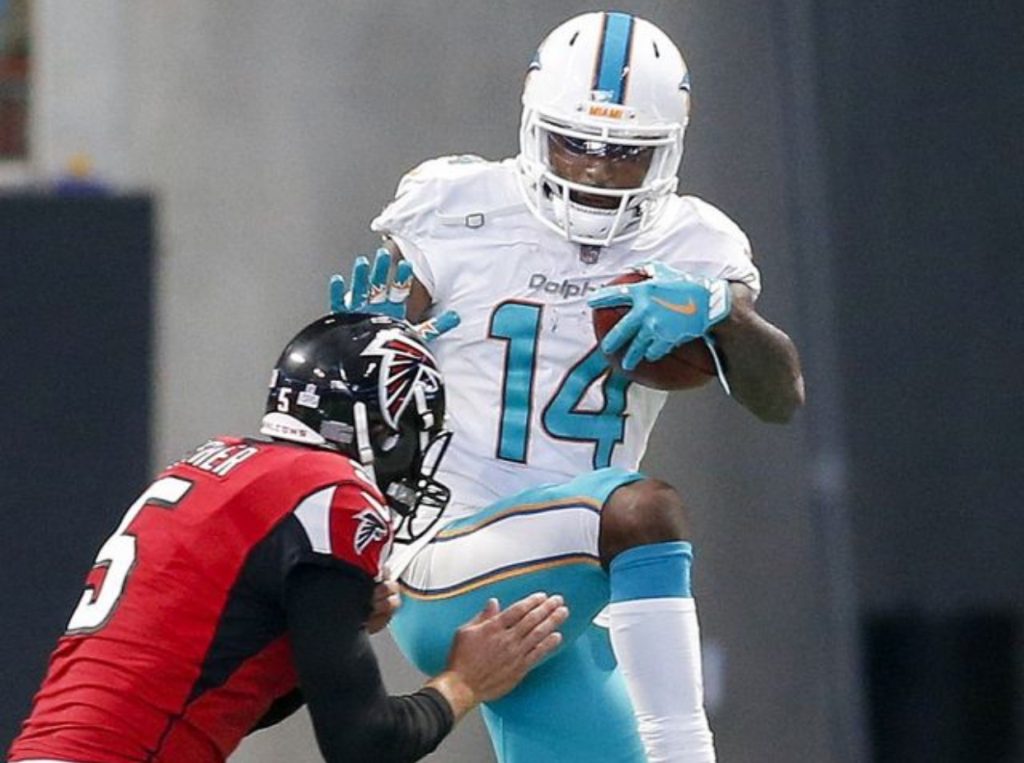 ATLANTA (AP) — Jay Cutler threw a pair of touchdown passes, Cody Parkey kicked a pair of field goals and the Miami Dolphins rallied from a 17-0 halftime deficit to stun the Atlanta Falcons 20-17 on Sunday.

Matt Ryan had another crucial interception with the Falcons in position to at least attempt a tying field goal.

Cordrea Tankersley got a hand on a pass intended for Austin Hooper and Reshed Jones swooped in to make the game-clinching interception with 39 seconds remaining.
Parkey put the Dolphins (3-2) ahead for the first time with 2:30 remaining, booting a 38-yard field goal after a gusty play by receiver Jarvis Landry, who was hit by six players but still managed to power ahead for a crucial first down.

Cutler, who struggled in his first four games as the Dolphins’ fill-in starter after putting off retirement, completed 19 of 33 for 151 yards, including scoring passes to Landry and Kenny Stills. Jay Ajayi had a big game on the ground, rushing for 130 yards.
The Falcons appeared headed for an easy victory, building a big lead that looked even more comfortable against a team that has scored only three offensive touchdowns all season.
Marvin Hall, promoted a day earlier from the practice squad because of an injury to starting receiver Mohamed Sanu, hauled in a 40-yard touchdown pass with his first career reception.

But the Dolphins totally turned things around in the second half, taking advantage of two huge mistakes by the Falcons.
A roughing-the-quarterback penalty on Grady Jarrett negated another interception by Jones deep in Atlanta territory, and Miami scored on the very next play when Cutler flipped a 7-yard touchdown pass to Landry.
The Falcons also botched a punt, the snap striking up-back Terron Ward when he appeared to slide over the path of the ball before it could get to Matt Bosher.
The punter picked it up and tried to run but was tackled far short of the first down, setting up the Dolphins to drive for Parkey’s 49-yard field goal, which tied the game at 17 with 8½ minutes remaining.

Miami opened the second half with its most impressive drive, a 15-play, 75-yard effort that ended with Cutler’s 11-yard scoring pass to Stills.
Ryan, who has thrown six interceptions in the past three games, completed 24 of 35 for 248 yards.
INJURY REPORT
Dolphins center Mike Pouncey went out in the second quarter with a possible concussion and didn’t return.

Why does Rabies Bring Aggression out of animals?