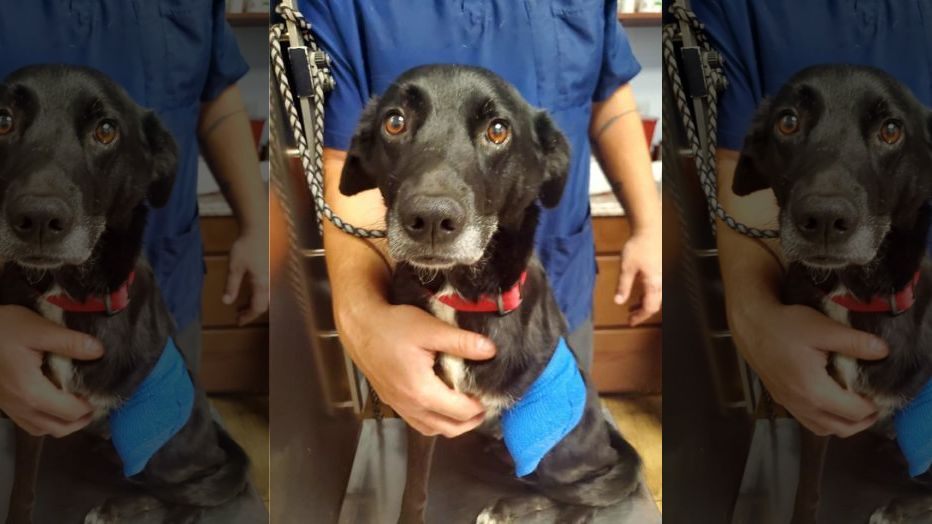 A DOG was in so much pain she gnawed off part of her own leg after her owner ignored a broken bone for two years. The animal, a five-year-old...
by Zach Freeman February 22, 2020 308 Views

A DOG was in so much pain she gnawed off part of her own leg after her owner ignored a broken bone for two years.

The animal, a five-year-old Labrador/ Terrier cross named Neoma, is now recovering at a Florida shelter after vets were forced to amputate what remained of her leg last week.

Neoma was brought to Ziggy’s Legacy Rescue in Brooksville, run by Mandy Figarola, earlier this month because she needed an operation, Fox13 reported.

Her owner had reportedly been told she needed the surgery six months earlier but had declined to arrange it because he had been told it would cost $1,200.

Pictures posted by Figarola to Facebook show Neoma’s front left leg as it was when she was brought in.

The leg is missing its paw, and there is a large bloodied patch of skin missing around the back of the knee joint.

Figarola said law enforcement officials had concluded no charges should be against the animal’s former owner.

“Citrus County animal services officer as well as the Sheriff’s Office believe this is not felony animal abuse,” she wrote.

“She chewed off her paw (documented on Nov 18th at a vet) [and] had a litter of puppies at home in Nov while she was missing her foot and bone was exposed.

“THREE months later he signed her over to Ziggy’s.”

‘NO ISSUES WITH OWNER’S OTHER ANIMALS’

A later post said Neoma was recovering well and was now being shown to new family’s looking to adopt a dog.

Figarola said officials had decided not to pursue charges because the man had ten other dogs at his home and they were healthy.

But she went on to allege that the reason those dogs looked okay was that she had taken 11 others in “the worst shape” from the man a few weeks previously.

In a statement posted to Facebook on Thursday, the Citrus County Sheriff’s Office wrote: “The CCSO deputy interviewed the owner, reviewed the evidence, and determined there was no significant evidence to support criminal charges.

“The owner is a self-proclaimed rescuer who rehomes animals and has historically owned many dogs for years.

“Our Animal Control Officers have monitored this owner for a couple of years and have never found any issue with any animals in their care.

“Animal Control Officers will continue to do random checks to verify that the conditions for the other animals do not change and will remain steadfastly committed to investigating any animal complaint.