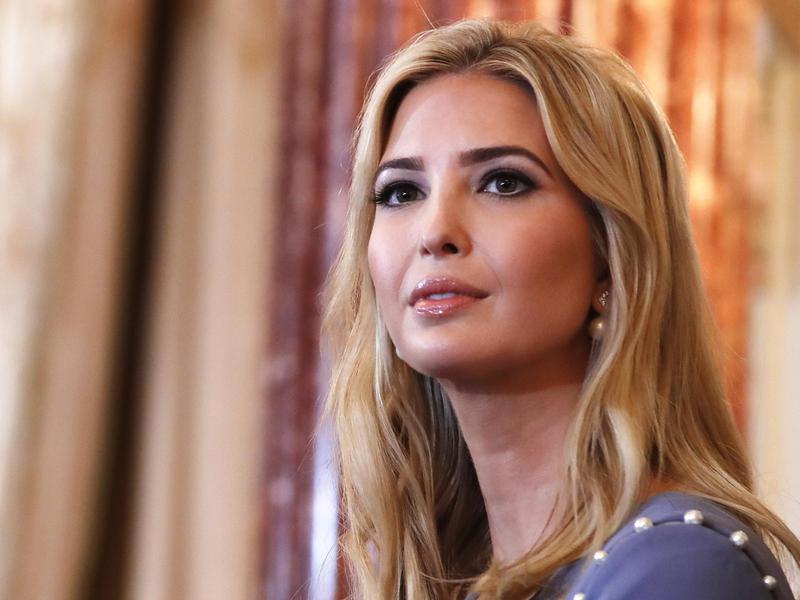 Did Ivanka Trump use her personal email account for government business???

Ivanka Trump sent hundreds of emails last year to White House aides, Cabinet officials and her assistants using a personal account, many of them in violation of federal records...
by Katricia Brown November 20, 2018 278 Views

Ivanka Trump sent hundreds of emails last year to White House aides, Cabinet officials and her assistants using a personal account, many of them in violation of federal records rules, according to people familiar with a White House examination of her correspondence.

White House ethics officials learned of Trump’s repeated use of personal email when reviewing emails gathered last fall by five Cabinet agencies to respond to a public records lawsuit. That review revealed that throughout much of 2017, she often discussed or relayed official White House business using a private email account with a domain that she shares with her husband, Jared Kushner. 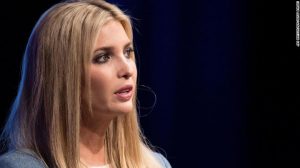 The discovery alarmed some advisers to President Trump, who feared that his daughter’s prac­tices bore similarities to the personal email use of Hillary Clinton, an issue he made a focus of his 2016 campaign. He attacked his Democratic challenger as untrustworthy and dubbed her “Crooked Hillary” for using a personal email account as secretary of state.

Some aides were startled by the volume of Ivanka Trump’s personal emails — and taken aback by her response when questioned about the practice. She said she was not familiar with some details of the rules, according to people with knowledge of her reaction.

In a statement, Peter Mirijanian, a spokesman for Lowell, acknowledged that the president’s daughter occasionally used her private email before she was briefed on the rules, but he said none of her messages contained classified information.

“While transitioning into government, after she was given an official account but until the White House provided her the same guidance they had given others who started before she did, Ms. Trump sometimes used her personal account, almost always for logistics and scheduling concerning her family,” he said in a statement.

Mirijanian said Ivanka Trump turned over all her government-related emails months ago so they could be stored permanently with other White House records.

And he stressed that her email use was different from that of Clinton, who had a private email server in the basement of her Chappaqua, N.Y., home. At one point, an archive of thousands of Clinton’s emails was deleted by a computer specialist amid a congressional investigation.

“Ms. Trump did not create a private server in her house or office, no classified information was ever included, the account was never transferred at Trump Organization, and no emails were ever deleted,” Mirijanian said.

Like Trump, Clinton also said she was unaware of or misunderstood the rules. However, Clinton relied solely on a private email system as secretary of state, bypassing government servers entirely.

Both Trump and Clinton relied on their personal attorneys to review their private emails and determine which messages should be retained as government records. 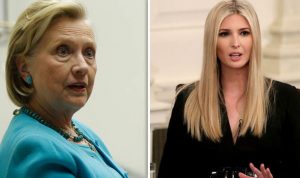 Austin Evers, executive director of the liberal watchdog group American Oversight, whose record requests sparked the White House discovery, said it strained credulity that Trump’s daughter did not know that government officials should not use private emails for official business.

“There’s the obvious hypocrisy that her father ran on the misuse of personal email as a central tenet of his campaign,” Evers said. “There is no reasonable suggestion that she didn’t know better. Clearly everyone joining the Trump administration should have been on high alert about personal email use.”

Ivanka Trump and her husband set up personal emails with the domain “ijkfamily.com” through a Microsoft system in December 2016, as they were preparing to move to Washington so Kushner could join the White House, according to people familiar with the arrangement.

The couple’s emails are prescreened by the Trump Organization for security problems such as viruses but are stored by Microsoft, the people said.

Trump used her personal account to discuss government policies and official business fewer than 100 times — often replying to other administration officials who contacted her through her private email, according to people familiar with the review.

Another category of less-substantive emails may have also violated the records law: hundreds of messages related to her official work schedule and travel details that she sent herself and personal assistants who cared for her children and house, they said.

People close to Ivanka Trump said she never intended to use her private email to shroud her government work. After she told White House lawyers she was unaware that she was breaking any email rules, they discovered that she had not been receiving White House updates and reminders to all staffers about prohibited use of private email, according to people familiar with the situation.

Using personal emails for government business could violate the Presidential Records Act, which requires that all official White House communications and records be preserved as a permanent archive of each administration. It can also increase the risk that sensitive government information could be mishandled or hacked, revealing government secrets and risking harm to diplomatic relations and secret operations.

Revelations about Clinton’s personal email system led to an FBI investigation of whether she had mishandled classified information. The scandal shadowed Clinton throughout the 2016 White House race, culminating in then-FBI Director James B. Comey’s controversial decision to hold a news conference a few months before the election to announce his conclusion that she had been reckless with government secrets but that there was not sufficient evidence she had intended to skirt the law. 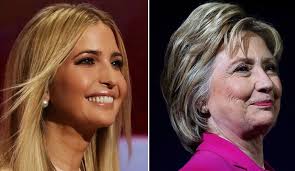 During the campaign, Donald Trump said the Democratic nominee’s “corruption is on a scale we have never seen before” and called her personal email use “bigger than Watergate.”

Trump supporters still chant “Lock her up!” at his rallies, and the president, nearly two years into his administration, continues to tweet about Clinton’s emails.

“Big story out that the FBI ignored tens of thousands of Crooked Hillary Emails, many of which are REALLY BAD,” he tweeted in August, referring to a Fox News story about claims that the bureau did not scrutinize all her emails. “Also gave false election info. I feel sure that we will soon be getting to the bottom of all of this corruption. At some point I may have to get involved!”

Ivanka Trump first used her personal email to contact Cabinet officials in early 2017, before she joined the White House as an unpaid senior adviser, according to emails obtained by American Oversight and first reported by Newsweek.

In late February 2017, she used her personal email to contact Small Business Administration chief Linda McMahon and propose they meet to explore “opportunities to collaborate.” The following month, she emailed Education Secretary Betsy DeVos, suggesting that their staffers meet to discuss ways to collaborate on “locational/workforce development and k-12 STEM education.”

While her messages were largely about government work, Trump was not then subject to White House records rules.

When she joined the White House on March 30, Trump pledged to comply “with all ethics rules,” responding to complaints that her voluntary role gave her all of the access and perks of the White House — but none of the legal responsibilities or constraints.

“Throughout this process I have been working closely and in good faith with the White House counsel and my personal counsel to address the unprecedented nature of my role,” she said in a statement at the time.

But Trump continued to occasionally use her personal email in her official capacity, according to people familiar with the review.

Her husband’s use of personal email for government work drew intense scrutiny when it was first reported by Politico last fall. The revelation prompted demands from congressional investigators that Kushner preserve his records, which his attorney said he had. At the time, administration officials acknowledged to news organizations, including the New York Times and Politico, that Ivanka Trump had occasionally used a private account when she joined the White House.

But Trump had used her personal email for official business far more frequently than known, according to people familiar with the administration’s review — a fact that remained a closely held secret inside the White House.

“She was the worst offender in the White House,” said a former senior U.S. government official who spoke on the condition of anonymity to describe internal dynamics.

After discovering the extent of her email use in September 2017, White House lawyers relied on Lowell, Ivanka Trump’s attorney, to help review her personal emails to determine which were personal and which were official business, according to the people.

The White House Counsel’s Office did not have access to her personal account and could not review it without invading her privacy and possibly violating privileged communications with her attorneys, people familiar with the review said.

After his review, Lowell forwarded emails that he had determined were related to official business to Ivanka Trump’s government account, a move he viewed as rectifying any violations of the records law, they said.

Lowell’s review found fewer than 1,000 personal emails in which Trump shared her official schedule and travel plans with herself and her personal assistants, according to two people familiar with the review.

Separately, there were fewer than 100 emails in which Trump used her personal account to discuss official business with other administration officials.

The scope of her personal email use had not emerged in response to American Oversight’s records request, which sought Trump’s correspondence with Cabinet agencies in early 2017. Most internal White House communications are not subject to the Freedom of Information Act.

“I’m disappointed — although not entirely surprised — that this administration disregarded clear laws that they more than anyone should have been aware of,” Evers said.

In many cases, government officials contacted Ivanka Trump first at her personal email address. That was the case with a note she received in April 2017 from Treasury Department official Dan Kowalski, who was seeking to set up a meeting between the president and the secretary general of the Organization for Economic Cooperation and Development, an international economic group of which the United States is a member.

“I apologize for reaching out to you on your personal email for this, but it is the only email I have for you,” he wrote, according to an email obtained by American Oversight.

“For future reference my WH email is [redacted],” Ivanka Trump replied. “Thanks for reaching out and making this introduction.”

But other times, Trump used her private email to initiate official business.

In April 2017, she used her personal email to write to Treasury Secretary Steven Mnuchin’s chief of staff, Eli Miller, suggesting that he connect with her chief of staff, Julie Radford. The email chain, obtained by American Oversight, was copied to Radford’s government account.

“It would be great if you both could connect next week to discuss [redacted],” she wrote. “We would love your feedback and input as we structure.”

The Turkey Challenge prank is all over social media