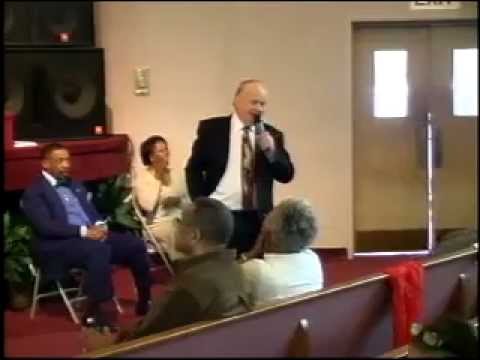 Hobbies didn’t interest him — neither did television nor idle chatter. Of everything, he loved his nightly prayer request radio broadcast and preaching most. In his 86 years of life, Bogle touched millions.

On Feb. 12, Bogle died peacefully in his sleep, at a rehabilitation center weeks after undergoing surgery for neck cancer.

“Because of all the things Dad did, he won the love of people. And if you travel the circles of the church community in Detroit, there’s not many, especially if they’re over the age of 25, that have not heard of Pastor Bogle and in some ways touched by him,” said Bogle’s eldest son, George Bogle Jr.

Bogle’s journey to ministry began with a weekly broadcast, “Night Vision,” starting in 1967, that ran for half an hour. In 90 days, the program transformed into a nightly broadcast that lasted two hours. From there, it continued to grow over multiple stations. Bogle would answer prayer requests until 2 a.m.

The program’s reach continued to grow, and in 1970, Bogle moved with his family to Detroit and opened the House of Prayer — a ministry that drew a racially diverse crowd — something Bogle was known for.

“It’s the radio broadcast, I’ll say, the catalyst, and even the glue, that held a lot of things together,” George Bogle Jr. said.

A few blocks down from the House of Prayer was  the Grande Ballroom, known as the heart of rock n roll. In 1970, Bogle bought  the ballroom, his son recalled. There, the pastor would host Christian concerts with singers like Honeytree and B.J. Thomas and hold church services.

Bogle opened two Evangel Christian Academies and three Evangel Church locations; the first opened in 1964 in Mount  Clemens, the second in Detroit and the third in Taylor.

In 1967, Bogle’s ministry  started another radio program, “Evangel Prayer Time,” and 11 years later, a television program, “The Spirit of Detroit,” a live broadcast similar to the radio show.

The pastor received two Spirit of Detroit awards, two Mayoral Proclamations and was the subject of the Michigan Senate and House of Representatives Joint Resolution 306.  Your stories live here.Fuel your hometown passion and plug into the stories that define it.Create Account

Throughout his accomplishments in the Christian community, Bogle remained himself with everyone.

“My dad was the same guy out of the pulpit that he was in the pulpit,” his son said.

When Bogle wasn’t preaching or praying, he spent his time reading books on God, health and current events. He believed in taking care of the physical self, which led him to open the Love My Body Gym and Fitness Center, a place to nurture the bodies and minds of the Christian community.

Bogle also enjoyed motorcycling around on his Harley, his son  recalled. The father-son duo rode to North Dakota. However, in six decades of work, his son said Bogle only took about five vacations. Prayer and preaching continued to be his life’s purpose.

“He was a blessing and encouragement to many people,” said Shirley Bogle.

She said he’d  return from a long day’s work and then turn his focus  to “Night Vision” for six hours of prayer.

The couple first met in 1954, in Bogle’s father’s church.

A year later, they were married.

“This year, August 13th, would’ve been 66 years for us, but we didn’t quite make it,” Shirley Bogle said.

Bogle was the cherished brother of Sharon, Joe, the late Bill and the late Lucille. He is survived by his wife, Shirley, his children, George Jr., Tim, Tara and Kirk;  his grandchildren, Brent, Blair, Coleton and Luke; a great-grandson, Mario; his in-laws, and nieces and nephews.