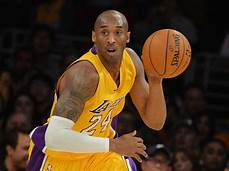 Last week, casketmaker Fletcher Collins loaded a customized tribute memorial into a rented van before he and a couple of friends drove cross-country from his business in North Carolina’s Mount Olive...
by Zach Freeman February 24, 2020 802 Views

Last week, casketmaker Fletcher Collins loaded a customized tribute memorial into a rented van before he and a couple of friends drove cross-country from his business in North Carolina’s Mount Olive community of Elizabethtown to Los Angeles.

Collins’ destination over the roughly 2,260-mile trip is a public memorial service being held Monday for basketball legend Kobe Bryant and his daughter, Gianna “Gigi,” at the Staples Center, nearly a month after their deaths in a Jan. 26 helicopter crash in California.

There, in front of the center on Tuesday, he unveiled to the public what he calls his masterpiece, the “Staples Center,” which he dedicates to the families of Bryant and his 13-year-old daughter and the seven other people killed in the accident.

Kobe Bryant was a longtime Los Angeles Laker, an NBA franchise that plays its home games at the Staples Center.

Since his death, the nation has mourned the loss of the 41-year-old NBA Hall-of-Famer, who was an 18-time All-Star and 15-time member of the All-NBA Team.

Bryant, Collins said, was one of his favorite professional basketball players.

“I loved what he brought to the game,” he said.

Collins, who has built customized designer caskets for roughly a decade over his 47 years, said social media led to what he called this humbling assignment. Through social networking, he added, a friend of Bryant’s family reached out, asking if Collins could create some type of memorial art to honor Kobe and the other victims.

“I tried to capture everything about him,” said Collins, who also is an assistant pastor at Greater Temple Holiness Church in Elizabethtown.

Painted largely in Laker purple and gold, the memorial casket is overlain with a mock-up of the Staples Center hardwood court, complete with miniature basketball goals on each end and 24-second clocks. One side is trimmed with what is intended to be the Los Angeles skyline.