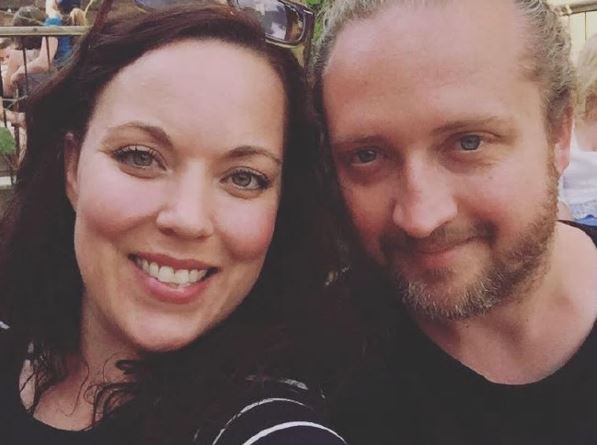 Designer, 38, who bludgeoned fiancee to death after she became sick of his cross-dressing is guilty of murder

A DESIGNER who bludgeoned his fiancee to death with a metal bar because she was tired of his cross-dressing in a Psycho-style killing has been found guilty of murder....
by Raquel Jayson November 19, 2019 223 Views

A DESIGNER who bludgeoned his fiancee to death with a metal bar because she was tired of his cross-dressing in a Psycho-style killing has been found guilty of murder.

Roderick Deakin White, 38, battered Amy Parsons, 35, to death while she was in the shower at the home in a they shared in Whitechapel, East London.

He struck her repeatedly with a crowbar causing “horrific injuries” to her head, face and brain – including some of her teeth being knocked out.

Deakin White was “unwilling to accept” the City worker was going to leave him after growing close to colleague James Saunders because she had an issue with his cross-dressing.

After he left Amy in a pool of blood in chilling scenes reminiscent of the Hitchcock film Psycho, jilted Deakin White then waded into the Thames in an apparent suicide attempt.

A stranger persuaded him to turn himself in to police and he told officers: “I’m a f***ing murderer”.

He had admitted manslaughter but was today found guilty of murder at Snaresbrook Crown Court.

The killer showed no emotion as the verdict was delivered, while Amy’s mum Leonie, sister Eve and new boyfriend James hugged in the public gallery.

‘I’M GOING TO DO SOMETHING STUPID’

Jurors heard Deakin White had developed an “emotional and financial” dependency on Amy, who had grown tired of the designer and his fetish for cross-dressing.

The killer had regularly worn women’s underwear, stockings and make-up during the relationship and when they sometimes romped.

She had started seeing colleague James Saunders in the weeks before her death – with Deakin White becoming angry and jealous.

He claimed he flipped when Amy told him she would abort his child if she became pregnant and that her new lover “knows how to handle me”.

The Royal Opera House designer had text a pal saying “I’m going to do something stupid, I just know it”.

On April 25, Amy told Deakin White she was leaving him – causing him to pick up a metal crowbar from an airing cupboard and start battering her over the head as she showered.

He then left the flat as she lay bleeding on the shower floor before she was later discovered naked and dead by police.

“I remember hitting her when she was still upright. I remember her slipping and then she was lying in the bath. And I hate the sight of blood.”

A post-mortem examination found Amy, who had suffered “major fractures” to her head and face, including loss of teeth, died as a result of traumatic brain injury.

The next day, Deakin White confessed to a pal he had killed Amy and turned himself in – but told cops it was an “accident”.

Giving evidence in court, Amy’s new partner said she had told him Deakin White was “aware the two were in a relationship”.

The pair had sex for the first time on April 14 after romance bloomed over lunch at an Australian restaurant in London.

He told jurors he received a text on April 18 from Deakin White reading: “What are you playing at? Back off”.

In the days before her death, Amy had sent distraught messages to her new lover saying the deteriorating relationship had left her a “broken woman”.

On the night she died, Amy messaged James after Deakin White had stormed out the flat saying she didn’t know how the evening would “pan out”.

At 9.16pm, he messaged her back saying: “Let me know how you’re doing” and sent another text 30 minutes later – by which time Amy was probably already dead.

Judge John Lafferty told the jury: “The murder itself was dreadful, a ghastly killing.

“This naked woman was deliberately bludgeoned in the face, naked and unable to defend herself.

The Numbers Are In Kanye’s Sunday Service Has Been Named “The Biggest Christian Event In Memory”: 4.1 Million Streamed And 15k In Building