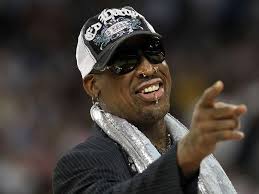 Dennis Rodman tells why he decided to let the booze go

Dennis Rodman is rebounding after celebrating more than 30 days sober, and told Page Six he decided to kick the booze. “I want to see my kids grow up. I...
by Katricia Brown February 20, 2018 423 Views

Dennis Rodman is rebounding after celebrating more than 30 days sober, and told Page Six he decided to kick the booze. 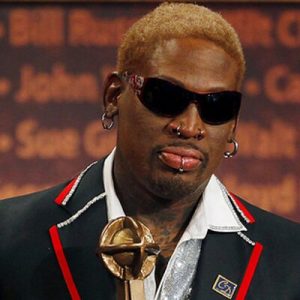 “I want to see my kids grow up. I just needed to stop partying, take a step back and get my life back in order. ”

Rodman, 56, went into rehab in January after he was busted for DUI. He underwent treatment in New Jersey and said, “A lot of people connect me with partying and being a bad boy, but now I am getting up in age, so I felt it was time step back and to re-evaluate my life . . . like seeing my son, D.J., who is a high-school basketball star, play for the NBA.” His daughter Trinity will soon join the US Women’s World Cup soccer team.

Rodman said he’s attending Alcoholics Anonymous meetings and “taking it a day at a time.”

He admits sobriety may hurt his bookings “because everyone wants the crazy, entertaining Dennis, not the Dennis drinking cranberry juice.”

He has a production deal for a reality show with his kids and ex-wife Michelle about Rodman being a “sober hands-on dad.” It is being produced with Bunim/Murray. 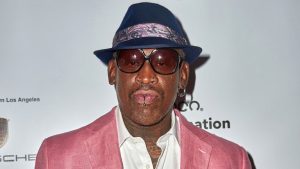 Rodman is also waiting for government approval to go see Kim Jong-un. Rodman added, “You couldn’t help asking about that one, huh? We were with him last June, and we are waiting on permission from the government to go back. I hope we can have another discussion with Kim on how to move forward.”