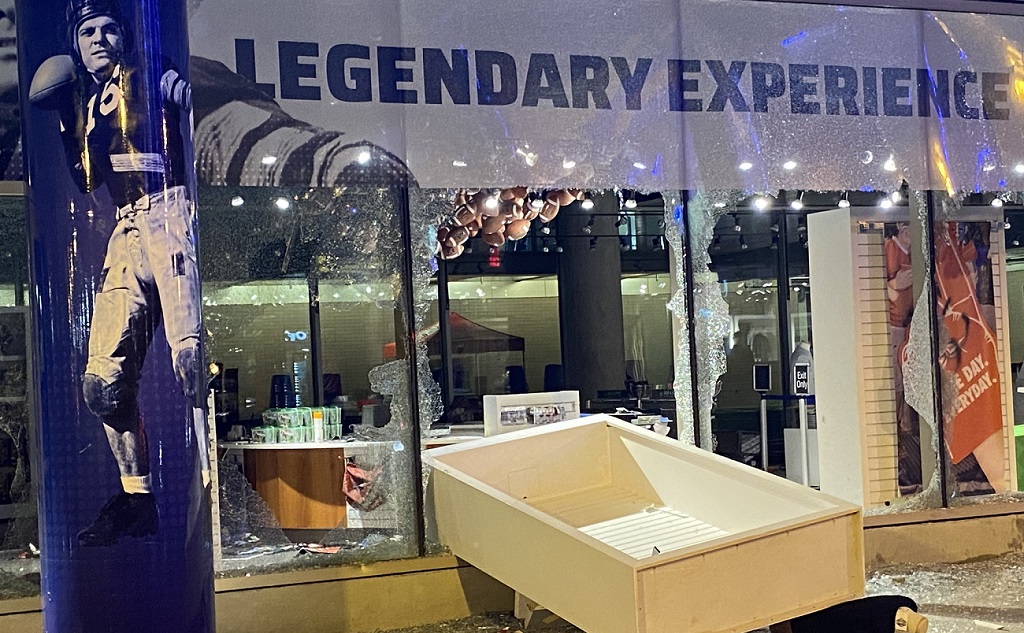 The College Football Hallf of Fame was damaged and broken into during protests Friday night over the death of George Floyd, a Minneapolis man who died in police custody....
by Zach Freeman May 30, 2020 189 Views

The College Football Hallf of Fame was damaged and broken into during protests Friday night over the death of George Floyd, a Minneapolis man who died in police custody.

Video obtained by FOX 5 shows people breaking glass and entering the hall of fame building while others are seen exiting with various items.

“First and foremost, our hearts go out to the friends and family of George Floyd. We support the peaceful protests that honor his memory but unfortunately they deteriorated into chaos and disorder. We are heartbroken to see the damage to our city and the Hall of Fame. As our Mayor Keisha Lance Bottoms said… We are better than this, better than this as a city, and better than this as a country. In the coming days and weeks, we’ll work to pick up the pieces, to build back the sacred walls that housed memories and honored those who played the game many of whom fought these same injustices throughout their storied careers.”

Atlanta police confirmed that protestors gathered in the area of Peachtree Road and Lenox Road and had begun looting and damaging businesses in the area. Damage and looting was also reported in the area of Centennial Olympic Park Drive and Marietta Street.

“There have been multiple instances of shots being fired in close proximity to our officers and shots were fired at an officer in a patrol vehicle on Peachtree Road at Lenox Road,” Atlanta Police told FOX 5. “We continue our efforts at restoring peace in our city.”

Gov. Brian Kemp declared a state of emergency in Fulton County, allowing 500 National Guard troops to be sent in to assist police in restoring order.

The incident involving Floyd sparked oputrage across wth country after video showed a Minneapolis police officer pressing his knee on Floyd’s neck while Floyd said he couldn’t breathe. Floyd was pronounced dead at a hospital after being detained by police.